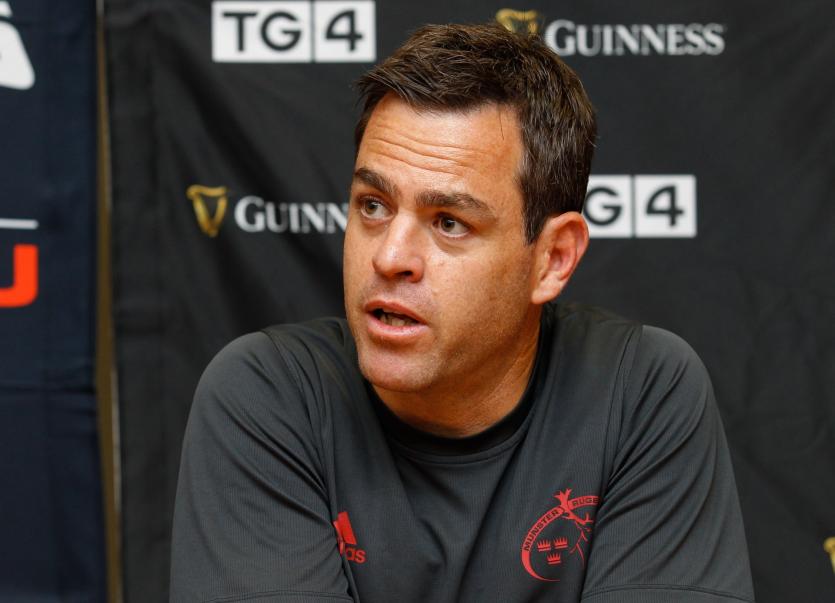 The top two teams after two rounds of the Guinness PRO14 clash on Friday evening as Conference A leaders Cheetahs take on Conference B table-toppers Munster at the Toyota Stadium (5.15pm Irish time) The game is being broadcast by eir Sport 1, Premier Sports 1, Super Sport 6 and DAZN.

Captain Billy Holland comes into the side as one of five changes to the team that beat Southern Kings last week with Tyler Bleyendaal, Nick McCarthy, Jeremy Loughman and Rhys Marshall also included.

Mike Haley starts at full-back with Darren Sweetnam and Shane Daly, Man of the Match in both of Munster’s opening games, on either flank.

McCarthy and Bleyendaal form a new half-back partnership with the centre pairing of Rory Scannell and Dan Goggin unchanged.

Loughman, Marshall and Stephen Archer pack down in the front row with Fineen Wycherley and Holland in the engine room.

The back row of Jack O’Donoghue, Tommy O’Donnell and Arno Botha is unchanged.

Academy player Keynan Knox is in line to make his second PRO14 appearance off the bench with Calvin Nash in line for his first competitive action of the season.

Friday’s game will be played at altitude in Bloemfontein with the Munster squad travelling to the area from Johannesburg on Thursday.

Both sides have secured two bonus-point wins in their first two games with Munster accounting for Dragons at Thomond Park and Southern Kings in Port Elizabeth.

Cheetahs, off the back of winning the Currie Cup, have made an incredible start to the season as they followed up an opening day 48-14 victory over Glasgow Warriors with last week’s 63-36 win over Ulster.

Cheetahs scrum-half Ruan Pienaar leads the PRO14 scoring charts with 30 points. Munster out-half JJ Hanrahan is third in the point-scoring table and has amassed 25 points in two appearances with 11 of his 12 kicks at goal on target.

Cheetahs have won their last four Guinness PRO14 encounters but Munster have won all seven previous fixtures against South African opponents in the PRO14.

The referee for the match is Mike Adamson (SRU, 37th competition game). He will be assisted by Griffon Colby and Paul Mente (both SARU). The TMO is Lourens van der Merwe (SARU).