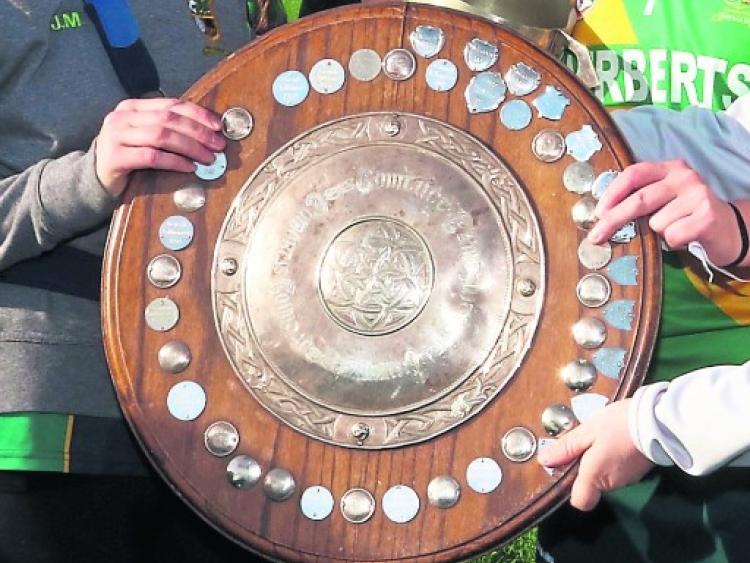 The prize on offer: The Limerick senior camogie championship shield

Ahane are bidding to retain and win their second title ever, while Newcastle West are chasing a historic first win in their first final appearance.

When the sides met in the group stages back in mid-September Ahane were 1-12 to 1-6 winners.

The west Limerick side will look to Rebecca Delee, Deborah Murphy, Karen O’Leary and Roisin Ambrose as members of the 2019 county senior panel. Also in their set-up are Grace and Yvonne Lee, Ger Mai O'Kelly and Ella Whelan, who all started last month’s All-Ireland junior camogie championship final defeat to Kerry in Croke Park.

It will be a busy weekend for some of the Newcastle West with Old Mill in Munster junior club Ladies Football Championship action on Friday evening and Roisin Ambrose, Iris Kennelly, Ide Trant, Roisin Mann and Geri Mai O’Kelly among the dual players concerned.

Captained from full back by Rose Collins, Ahane have Niamh and Judith Mulcahy, Aine Reynolds and Roisin O’Mara as members of the 2019 county senior panel and also had Kate Herbert, Ann Kennedy and Shauna Darcy involved in the All-Ireland final when Limerick lost to Kerry in Croke Park’s junior decider last month.