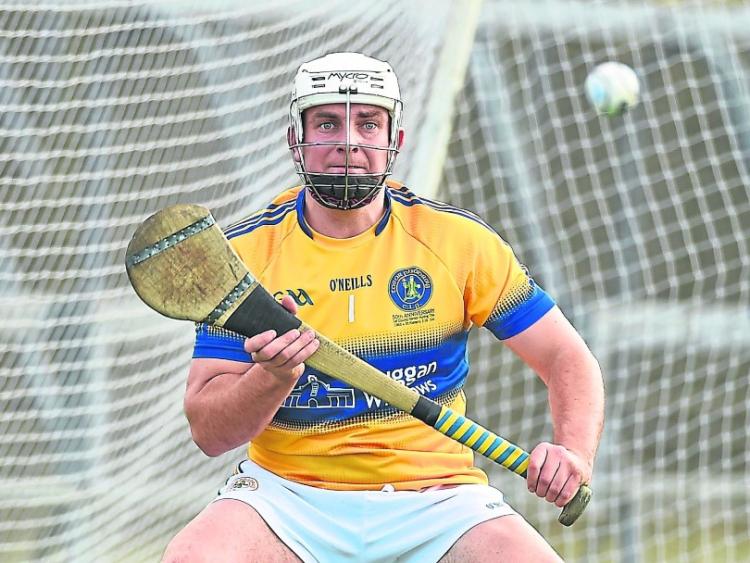 “You can’t realise how much this means to me personally and to the club. This is amazing to eventually get to 20 championship titles,” said the long serving goalkeeper of The Well’s climb to the summit of the Limerick SHC roll of honour.

“I’m delighted for the club. We have an amazing club – we only starting winning in 1965 and in fairness to have 20 titles now is unbelievable. There are people that have passed and people still with us, that have put in so much work and this is for all of them,” said Murray, who won the first of his championships as a 15 year old substitute.

Murray and his defensive colleagues conceded just two goals across their unbeaten seven game run to the title.

“Since this bunch of players came back in December and January, we galvanised the whole lot together and it’s so emotional because I am so happy for everybody and the management teams and all the management teams that we have had down through the last few years,” outlined Murray.

He was fulsome in praise of their management team but pin-pointed the role of S&C coach Dermot Hickey.

“I wanted to give it one more good go this year. We have an unbelievable strength and conditioning coach in Dermot Hickey and we went to classes with him. Before maybe I wouldn’t have bought into it but I got it into my head that I was going doing it this year and there are a lot of players on the first 15 and in the subs, that he has got into serious shape.”

He explained: “We weren’t in the right shape for the last couple of years to win it and in fairness, it’s been unreal going into him every Wednesday night – it’s hard going but its paid-off now”.

Ahead by six points at half time, Patrickswell saw their lead eroded entering the final quarter.

“We knew Na Piarsaigh are never beaten – they have been unbelievable champions for the last couple of years and unbelievable to go on to win Munster and an All-Ireland and we knew that they wouldn’t give up and that they would get a purple patch and it was about how would we respond. Until you beat the best, you are not going to be the best – it was ourselves and Na Piarsaigh and we were the two best teams in the championship this year and in fairness the best team on the day won.”