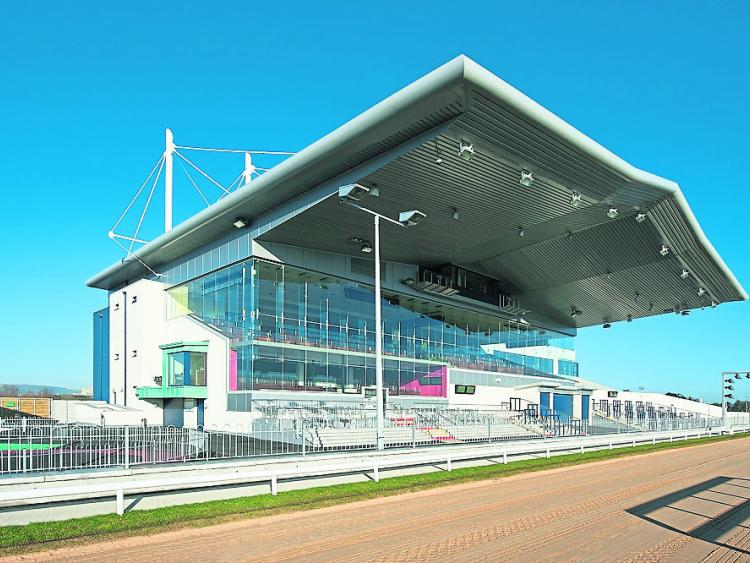 A new group has been formed to support to continuation of racing in Limerick Greyhound Stadium.

Friends of Limerick Greyhound Stadium this week made public their objectives.

Among their initial aim is to source funding and support for the 2019 Irish St Leger and other key events to be held in the Limerick Stadium.

A press statement from the new group this week said that it is their wish to facilitate those who wish to support local greyhound racing under the ‘Friends of Limerick Greyhound Stadium’ umbrella and to ensure that funds generated will increase financial support for various racing events, benefiting owners, breeders and trainers while investing in the grass-roots of the industry.

“Greyhound racing is a huge Limerick tradition and this year marks the 76th running of the Irish St Leger Classic in the Treaty county. Our good friends the Barrys won the Leger in 1966 with Movealong Santa. I was eight years old at the time and still remember the buzz it brought to our local community. There have been many memorable occasions over the last 75 years and we are again looking forward to exciting racing in this year’s St Leger competition,” said Dan Flynn, Co-chair of the Friends of Limerick Greyhound Stadium group.

According to a report prepared by Jim Power on the economic and financial significance of the Irish greyhound industry in 2017, there are 703 owners and 42 active trainers in Limerick.

Along with Dan Flynn, Ger Garrihy is also a co-chair of the Friends of Limerick Greyhound Stadium group.

“The greyhound industry has a nationwide economic impact of over €300 million with Limerick stadium and others contributing to countless worthy causes throughout the year. Hopefully, with further support from others, we can continue to ensure that Limerick remains at the forefront of Irish greyhound racing,” said Garrihy.

The new group has held recent discussions with the management of Limerick Greyhound Stadium and the Irish Greyhound Board and are now proposing to raise sponsorship from within the greyhound fraternity and Limerick’s business community for the Leger and other events.

Over 36,000 people passed through the turnstiles of Limerick Greyhound Stadium in 2018, making it the fourth best attended greyhound track in the country.

“Greyhound racing has been part and parcel of life in Limerick for a number of generations. Many people have fond memories of racing at the Markets Field, before relocating to the current stadium on the Dock Road in the heart of the city. This initiative comes after a hugely successful committee that has been established in Cork and has secured sponsorship of the Irish Laurels for four years. We are looking forward to working with the Friends of Limerick Greyhound Stadium group during the rest of 2019 and beyond,” said CEO of the Irish Greyhound Board, Gerard Dollard.

The highlight of the Limerick Greyhound calendar is now just weeks away.

The first round heats of the Irish St Leger are to take place on Saturday November 2. This week’s the Irish Greyhound Board confirmed that the winning prize is €30,000 and trophy.

Limerick’s Irish St Leger is one of the original classic events on the Greyhound racing calendar.

Victory went to Oola’s Breda Hayes with Orlando Aidan. The winner was seven lengths clear in a time of 28.69. Beaten into second place was Mohane Zara for Cormac Davern, while in this was Carmel and Denis O’Malley with EricTheRelick.

The Saturday card opened with a sprint – won in 19.52 by Aulton Kelly for Patrick Hogan and trainer Michael Enright. Just beaten into second was Athea’s Michael Shine with Knockbawn Pickle.

Kilmallock’s Eugene Corkery had Iron Sky as an A6 525 winner. In 29.37 the winner had two and a half lengths to spare on the line. Second was Balistic Mary for Patrick O’Donoghue and Donal Cooney.

There was an A9 525 win for Michael Walsh with Boreen Blitz. The winner was a length and three quarters clear on the line in 29.42. Second was Michael and Noel Nash with Castleivy Mac.

Shane Flanagan returned to Ennis with an A5 525 win for Rockmount Gizmo. The winner’s time was 29.31. A length and a half back in second was Mary Lynch with Bright Bell.

Billy Harty had an A4 525 win with Some Power. The winner just got the win on the line in 29.48. Narrowly beaten into second was Patterdale Minni for Maureen Mounsey.

David O’Connor and Julie O’Connell teamed up to win an A3 525 with Bouncing Brave. The winning time was 29.02. Just beaten into second was Hulla Steel for Caitriona Duggan.

The final race of the night was an A1 525 – won in 28.67 by Sporry Majestic for Patrick and Ciaran Dillon and trainer John O’Brien.