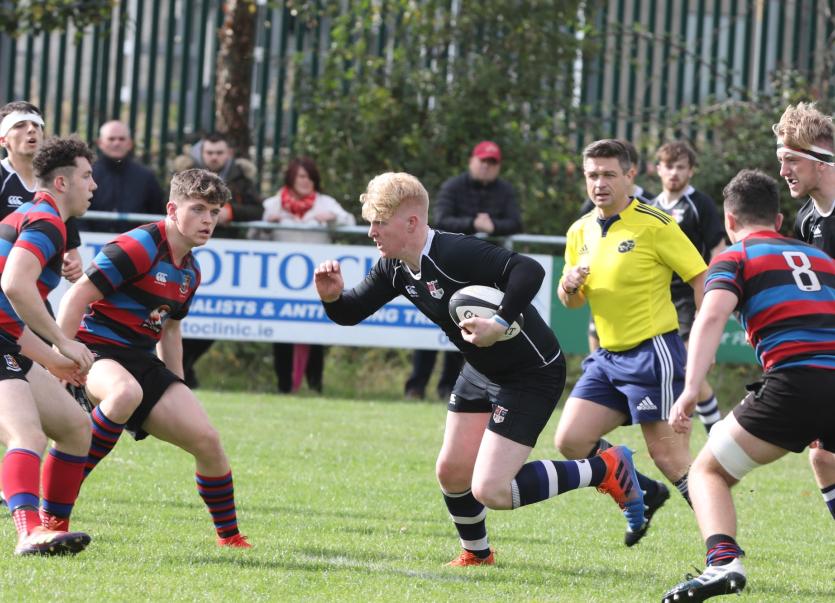 A strong wind and persistent heavy showers made for difficult playing conditions throughout these sides opening fixture of the Senior Cup which has a new format this season.

Crescent College laid the foundation for this victory over a young St Munchin's side when taking a significant 12-0 lead into the opening half.

The home side edged into a 5-0 lead on eight minutes when out-half Ben Davey finished off a flowing move up the left touchline to score.

Davey also duly added the conversions for a 7-0 advantage.

Both side looked to move the ball when possible which proved difficult with accurate passing made difficult by the strong wind.

St Munchin's side Senior Cup side is backboned by members of their 2018 Junior Cup winning squad, including Alexander Wood, son of former Munster, Ireland and Lions hooker Keith Wood at out-half.

Crescent College added to their advantage when impressive full-back Ben Cosgrove finished off another excellent move to bag a second try for the home side.

Facing into a dozen point half-time deficit, St Munchin's College needed a quick start to the second half and they got it when centre Seamus McCarthy Burbage raced clear to score after the visitors turned over the ball deep inside their own half.

Scrum-half Donnacha O'Callaghan added the conversion, despite the driving rain and howling wind, to reduce Crescent's lead to five points, 12-7.

Crescent looked to have regained a significant advantage in the game when second row Sean Malone touched down inside the final quarter, only for the score to be chalked off for crossing in the lead-up to it.

The Matt Brown-coached home side did put the game beyond doubt when replacement Patrick Dolphin grabbed Crescent's third try.

Group B of the Senior, Cup which includes Crescent College and St Munchin's College, also features 2018 winners Glenstal Abbey, who face Rockwell College on this Wednesday in their opening group fixture, as well as CBC, of Cork.

One of those 10 teams is Munster Club Select Player (CSP), an amalgamation side who defeated Ardscoil Ris in their opening game on Wednesday evening last.