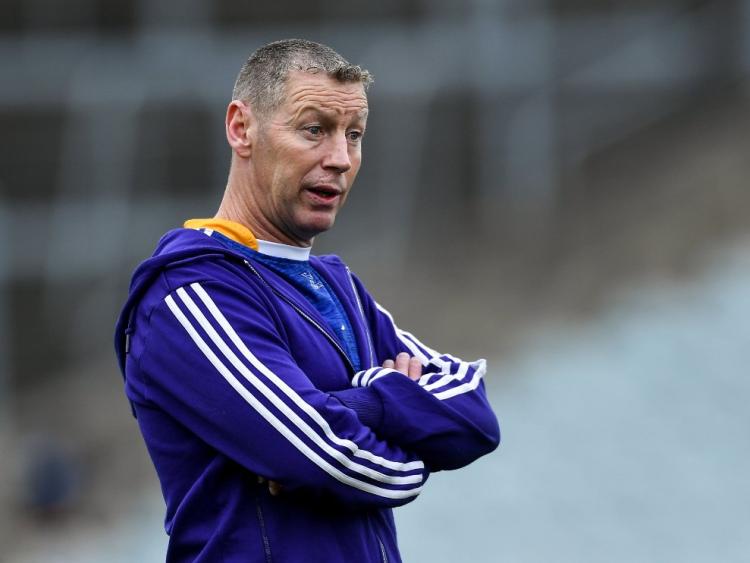 CIARAN Carey won nine Limerick SHC medals as a player and has now guided Patrickswell to a Daly Cup title as a manager.

Beaten by Na Piarsaigh in the 2015 final, Carey stepped away from The ‘Well’ but returned as manager at the outset of the 2019 season and has now led his club to county championship glory.

“It’s my first time experiencing this – to train my own club so it’s a nice feeling,” said the winning manager.

“We are thrilled because a lot of these guys are experiencing their first medal and for some it’s a second. For me it’s bitter sweet after 2015,” said Carey, who was joined in his management team by fellow clubmen Natal O’Grady, Damien Gillane, Declan O’Grady and Pat Earls.

Patrickswell entered this final as 7/2 outsiders but end the season as undefeated champions.

“It’s our seventh match and we didn’t lose any game – we played Doon twice and Na Piarsaigh twice and won the four of them and it’s nice to win it in that type of style,” said the manager.

The ‘Well’ led 1-9 to 0-6 at half time but then failed to score for almost 20-minutes as Na Piarsaigh battled back to level mid-way through the second half.

“​I think six was flattering to Na Piarsaigh really – I felt we could have been 10-points up at half time if we were more economical.”

“It was worrying that we missed maybe six or seven points in that first 20-minutes spell in the second half but we were still in the game and playing well – (Peter) Casey was hurting us but other than that we were still in control. Thankfully the boys came strong in the last 10-minutes,” he outlined.

He was fulsome in praise of his players.

“Everything that we needed implemented tactically, the boys did it to the letter of the law.”

What of Na Piarsaigh?

“They are a good team and a great club – they were going for a three-in-a-row and won the All-Ireland club in 2016. They are a team I admire a lot because they have a lot of skill and ability and obviously if they get ahead of us they are experienced enough to turn that into a win but thankfully we were prepared and ready for that,” said Carey.

Next up the Munster club championship.

“Munster club hurling is a totally different type of hurling but it’s the furthest thought from my head at the moment – we will let the guys enjoy this and the Munster club will look after itself in a few weeks time,” said the winning manager.