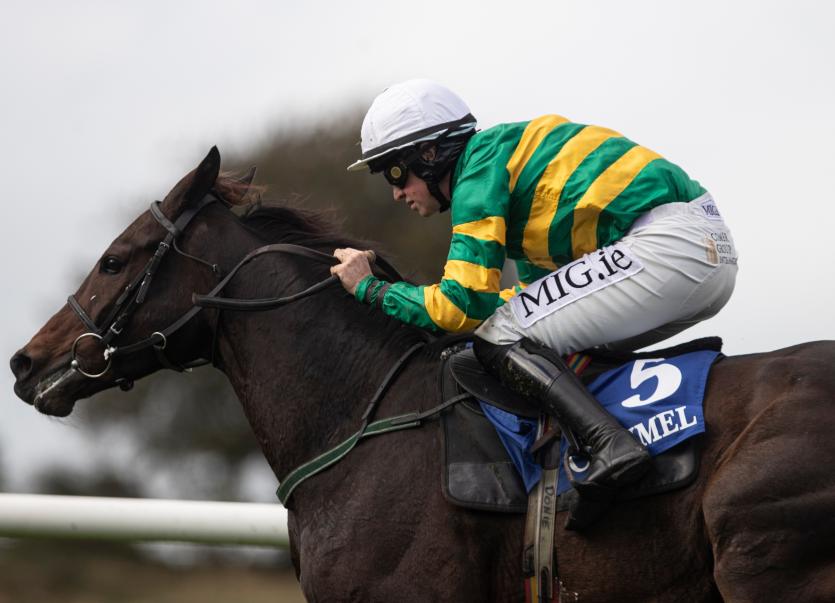 It was a big week for trainer Charles Byrnes who sent out two winners including Turnpike Trip which battled well under Kevin Brouder to win the Grade 3 Joe Mac Novice Hurdle at Tipperary on Sunday. The 6/4 favourite got it all wrong at the final flight but showed loads of determination when challenged by Razoul to win by half a length and give Brouder his first graded success. The winner is owned by the DIPs Partnership.

Byrnes landed another Roscommon gamble when The Big Galloper won the 2m4f maiden hurdle on Monday afternoon. Backed from 20/1 overnight and from 9/2 to 7/4 favourite at the track, the five-year-old battled well when challenged in the closing stages to win by a neck from Shanawalla. Kevin Brouder was the man onboard and he carried the colours of Byrnes Bloodstock. The father and son team of Eric and Conor McNamara are enjoying a great run of success and 10/1 chance Tomeric kept up the momentum with success in the opening maiden hurdle. A faller at Ballinrobe last time, the four-year-old was foot perfect this time and won by a length from the Rachael Blackmore-ridden Arthur Fonzarelli to give the jockey his 14th winner of the season.

Billy Lee dominated at Cork’s Tuesday afternoon fixture where he rode three winners in a row. He kicked off the treble with success in the day’s feature, the Listed Navigation Stakes, on the Willie McCreery-trained Up Helly Aa, the 11/4 favourite, which got up late on for a cosy success over the Jessica Harrington-trained Pincheck. Dance Jupiter, a 10/1 chance, won the 8f maiden in similar fashion. Trained by John Kiely, he closed on 1/2 favourite Patrick Sarsfield early inside the final furlong and led inside the final 50 yards to win by half a length. The Madeleine Tylicki-trained We’ll Go Again completed the treble when taking the handicap over the same distance. Lee made most of the running on the 9/1 chance and the Andrew Roe-owned three-year-old held on well when challenged by Morph late on.

Enda Bolger scored an easy success with the five-year-old Everlastingpromise in the 2m2f handicap chase at Clonmel on Thursday. Ridden by Donie McInerney, the 7/1 chance had loads in hand as he won by all of seven and a half lengths from the veteran Bective Cave, the 11/10 favourite. Bolger indicated afterwards that his facile winner could be going down the cross-country route in time. It was a 12th winner of the season for McInerney.

The Richard O'Brien-trained Cautious Approach won the second division of the apprentice handicap at Dundalk on Friday night. The 8/1 chance, in the colours of the Cautious Approach Syndicate, came through late on to beat the Denis Hogan-trained Farnese by half a length to give Gavin Ryan his 15th winner of the season.