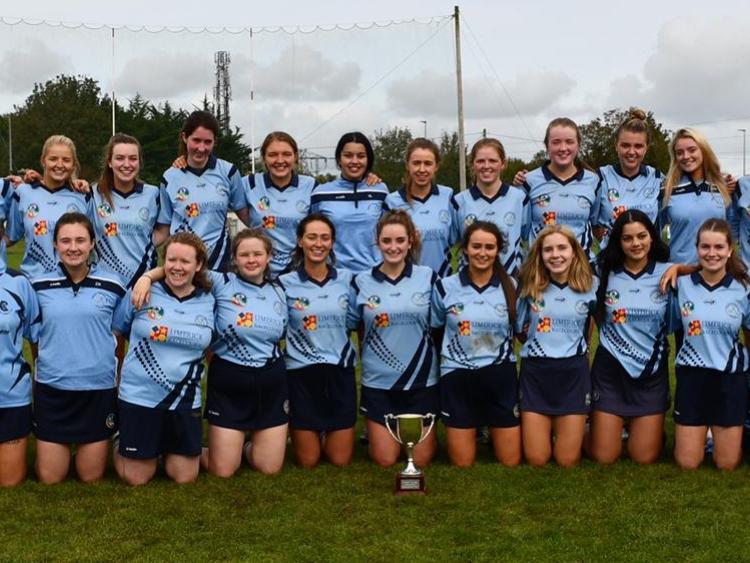 After losing four successive final appearances since their promotion from junior, success finally shone on Crecora's camogie players when they captured the county intermediate title in Mungret St Pauls on Sunday. (CRECORA 2-7 BRUFF 1-6) Defending their lead through eleven agonising minutes of injury time as they watched it halve to single point, destiny finally beamed on them when sub Niamh Cooke pulled a scrambling ball to the net.

“After all that heartbreak, it wasn't easy to keep the motivation up for a fifth final,” admitted jubilant manager George Fitzgibbon.

“But we've done, we've finally done it. We held our heads and saw it out. It wasn't until the final quarter that the Crecora girls lengthened their stride after the game had swung back and forth with never more than three points between the sides – and even that gap was reversed when Bruff bagged their only goal on the stroke of half-time. It could have led to another chapter of disappointment in Crecora's history but they held their nerve, kept in touch despite missing a string of chances on the restart and built up what looked to be a match-winning lead when they finally found some fluency up front.

With the runs of Katie Finn and Marion Quaid opening up the defence, Bruff had more focus to their early attacks and took the lead off Niamh Ryan's free and Quaid's strike from distance before Crecora steadied their presence in the middle third. Dearbhla Egan's long free opened their account but that was only after two earlier ones were missed and the wasted opportunities were punished when Mary O'Callaghan extended the Stars' lead.

Despite the scoreline, Crecora's hold around the middle continued to tighten and they got their reward when Una O'Connor struck twice to equalise. When that was followed by Egan soloing in from the left and driving her shot into the low near corner of Ciara O'Connell's net, the chance was there for them to drive on.

However, the response came from their opponents and, while their first efforts went wide, Ryan found the target off the '45'. Then, on the stroke of half-time, her free dropped just under the crossbar to leave Bruff leading 1-4 to 1-3.

The second half began with a series of long injury stoppages, the most serious of which saw Bruff's go-to finisher Ryan leave the field with suspected concussion. When play finally found some continuity, Megan Ryan equalised only to see Quaid's free restore Bruff's lead.

However, Crecora's fitness was beginning to tell and their running game drew fouls fouls for Egan's frees to equalise and then regain the lead. Coming up to regulation time, Aisling Coughlan's strike added to their breathing space and, but for O'Carroll blocking Egan's shot on the line, the game could have been over. Bruff celebrated their escape with O'Callahan shaving the gap to the minimum but the equaliser just wouldn't come. Their last gasp efforts came to an end when Anna Kennedy's shot came back off the crossbar and Cooke's whipped on the rebound to enter her name into Crecora lore.