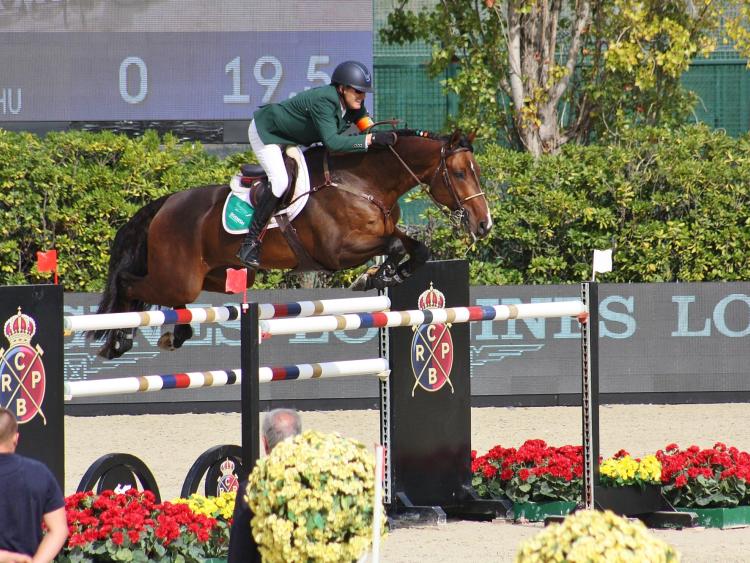 The Kildimo man and his Irish Show Jumping team-mates qualified Ireland for the Olympic Games for the first time in 15 years, by claiming a magnificent victory in Sunday's €1.25 Million Longines FEI Nations Cup World Final in Barcelona.

A stunning performance from Rodrigo Pessoa’s team of O'Shea, Peter Moloney, Darragh Kenny and Cian O’Connor, saw them finish the competition on a score of just one time fault, to beat the best teams in the world and book the all-important ticket to Tokyo 2020.

The result means that for the first time in history, Ireland will be represented at an Olympic Games by teams in Eventing, Dressage and Show Jumping.

“Machu Picchu jumped great  – I was really happy with him. On Thursday he jumped great and I made a mistake and I can assure you on Thursday night I wasn’t happy with myself and it was a while before I could get to sleep. We were determined today and he really gave it 100 percent and was just a pleasure to ride. Macchu Picchu is owned by a syndicate and not all of them could be here today but I am very grateful to them for keeping him for me to do this and I wouldn’t be here without them," said O'Shea after his clear round.

A day of drama saw Waterford’s Peter Moloney and the Team Harmony-owned Chaiti’s Champion get Ireland off to a good start, when he finished with just one fence down, which was the best round of the competition at that stage.

Another clear followed from Offaly’s Darragh Kenny with Balou du Reventon  owned by Ann Thompson, and when Colombia and Italy’s third riders both picked up faults, Ireland’s place at the Tokyo Olympics was secured with one rider still to jump.

The battle to win the Longines FEI Nations Cup Final still hung in the balance however, and a third Irish clear round from Meath’s Cian O’Connor with PSG Final, owned by Ronnoco Jump Ltd, saw Ireland heap pressure on Belgium who had been leading. The last Belgian rider looked to be heading for a clear round which would have given them their second Nations Cup Final win in-a-row. However Gregory Wathelet’s and his horse MJT Nevados S had a run-out at the combination on the final line, meaning Ireland would be crowned Longines FEI Nations Cup winners for the first time in history.