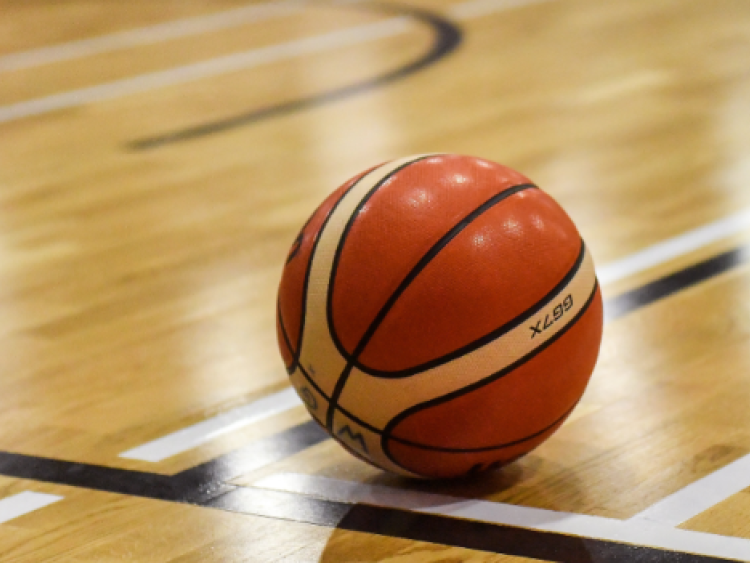 It was a weekend of mixed results for Fr Mathews in the Men’s Division One this weekend, starting off the weekend with a solid win over Limerick Celtics at home. The visitors managed to keep the game close right up to the final quarter through the impressive scoring of Kevin Oberweiser, who finished with a whopping 41 points. A big fourth quarter from Fr Mathews though was just enough to get the win, 95-83, in the end. Mathews couldn’t make it 2-0 for the weekend though as they travelled to LYIT Donegal the following day and lost out 95-76. Despite a good display from Mathews, they just couldn’t stop the firepower of Mario Garcia Alvarez (28 points) and Emmanuel Payton (24pts). A good display from Owen Connolly (14pts) and Jack O’Mahony (13 points) for Fr Mathews kept the game close going into the fourth, but it was the hosts who finished strong in the end.

Portlaoise Panthers came from behind to take home their first win of the season over Waterford Vikings in a challenging away game Friday evening. Kareem Davis had another strong display for the Panthers, finishing the game with 34 points. A close game throughout saw Vikings holding a 49-41 point lead at the half, but Portlaoise rallied well in the second half, to take home an 85-90 point win. Panthers secured their second win of the weekend on Sunday afternoon with a 91-75 point win over McGowans Tolka Rovers at home. A polished display from the hosts saw them into a 51-28 point lead at half time and they didn’t look back from there, with Mantas Vilimas, Rian O’Connell and Kyle Burke leading the scoring. Good performances from Tolka’s Conor Liston, Sean Daly and Paul Caffrey just weren’t enough as Portlaoise finished strong to win 91-75 in the end.

This was Tolka's second loss of the weekend as they lost out at home to Limerick Sports Eagles on Saturday evening. Eagles opened an early 28-36 point lead at the half and kept Tolka Rovers at arm’s length for the rest of the game to run out 51-65 winners. Eagles then hosted EJ Sligo All-Stars on Sunday afternoon in a game that was close right up until half time. Sligo increased the intensity in the second half though, with the help of a big display from Oisin O’Reilly. Eagles kept battling to the end, but Sligo kept them at bay to win out 54-69 in the end.

IT Carlow Basketball and Ulster University needed overtime to separate the winner in the Barrow Centre on Saturday. The game was close throughout, with Carlow holding a 37-35 point lead at the half. Kadeem Smith put on a great scoring performance tallying 34 points to keep the Ulster side in contention and to send the game to overtime on a full time score of 70-70, but despite his scoring prowess it wasn’t enough as the extra period ended 79-76 in favour of Carlow. Tradehouse Central Ballincollig remain top of the Men’s Division One after a commanding win over Scott Lakers St Paul’s Killarney in Cork on Saturday evening. Balanced scoring for the home side through Andre Nation, Ciaran O’Sullivan and Inigio Zabola helped to keep Ballincollig in control of the game throughout. Even with a strong display from Toby Christensen (21 points), St. Paul’s couldn’t close the gap back and Ballincollig ran out winners, 83-54. Killarney hosted Waterford Vikings on Sunday and bounced back in style from their loss the day before, storming home to a 94-49 point win thank to another big display from Toby Christensen, who finished with 29 points.

Trinity Meteors started their National League campaign with a 72-78 win over Griffith College Templeogue Saturday evening in a big Dublin derby. Meteors got off to an early start, leading 29-40 at the half. Morgan O’Donnell (22 points) helped lead the comeback for Templeogue in the third quarter, cutting the margin back to 53-57 by the end of the period to tee up a thrilling finish. Meteors managed to maintain composure and keep a rallying Templeogue side at bay though with the help of a 20-point display from Carolyn Binder.

Swords Thunder lost out 67-69 in a close contest against Portlaoise Panthers at home on Saturday evening. A strong showing from Katie and Peggy Black played a key role as Thunder earned a 45-38 first half lead. Portlaoise kept in touching distance though as they entered the fourth quarter and rallied strong down the stretch with big plays from Trudy Walker (20 points). Some nice scores from their young talent Ciara Byrne and Sarah Fleming helped them edge the lead in the end by two, 67-69.

Tipperary Knights arrived in the Women’s Division One with a bang on Sunday afternoon, running out 67-62 point winners over Limerick Celtics in their opening game of the season. It was a battle both on and off the court, with two brothers going head-to-head on the sideline, with Martin Hehir coaching Knights and brother Tony at the helm for Celtics. A close first quarter saw the hosts hold the edge in front of a large home crowd, 19-15 at the end of the first, with good scoring from American Courtney Strait driving Knights forward. The home side continued to impress in the second, edging into a 37-29 point lead at the half, but Celtics were right back in the game in the third, thanks to huge work from Emily Tinnes and Kendall Bradbury, to see the game tied up at 47 points apiece with just under two minutes remaining in the quarter. Knights held their cool though and were led in superb fashion by Amy O’Brien, who drove the team forward straight away with a huge score, and this was followed by a Tasha Tully score to put them back into the lead, 53-47, going into the last. O’Brien continued to stand out for Tipperary as the fourth quarter ticked down, working tirelessly on defense, and scooping some big boards inside, to set Rosie Tobin and Strait up for some good scores. Celtics kept fighting through Bradbury and Tinnes, but it was Tipperary’s day and they ran out 67-62 point winners in the end.