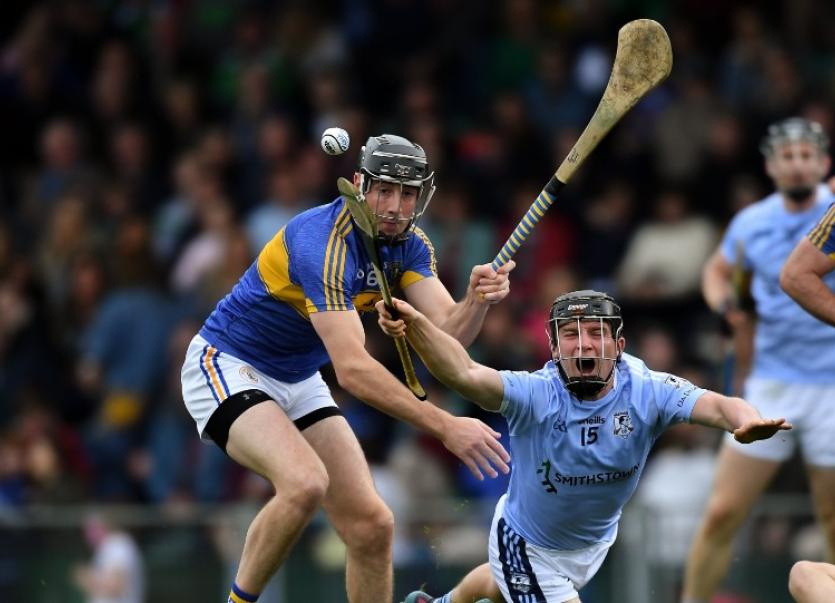 PATRICKSWELL are champions of Limerick for a 20th title after dethroning holders Na Piarsaigh.

The Well were 1-17 to 0-15 winners in the Bon Secours Hospital Limerick SHC final this Sunday afternoon in the LIT Gaelic Grounds.

A 20th title moves Patrickswell top of the Limerick SHC roll of honour, above Ahane.

Its a first title for the Ciaran Carey managed Patrickswell since 2016.

The sides were level on three occasions in the opening minutes but then The Well hit the front with three unanswered scores to move 1-5 to 0-3 ahead.

The goal came in the 15th minute from Josh Considine, who sent a bullet to the top corner after profiting from an advantage played by the referee.

Two William Henn pointed frees came in reply to leave it 1-5 to 0-5.

But Patrickswell continued to pour forward and found another four scores after the Henn points.

Jack Kelleher (2) and Andrew Carroll points were among this run of Patrickswell scores to bring them to 1-9.

It fell to Ronan Lynch to see out the first half scoring and leave Na Piarsaigh six points in arrears.

On the resumption, Patrickswell just couldn't score and bit by bit, back came the champions.

Peter Casey had two points and Adrian Breen and Alan Dempsey got on the scoresheet and the lead was down to 1-9 to 0-11 entering the final quarter.

Patrickswell already had six wides in the half, added to seven in the first half.

When Peter Casey hit his fifth of the day the final was level for the fourth time - Patrickswell 1-9, Na Piarsaigh 0-12.

When Gillane added a free, they were two clear again and now inside the final 10-minutes.

Captain Cian Lynch popped up with two points to seal the title win.