Opinion: County Hurling final will come down to the wire - Martin Kiely 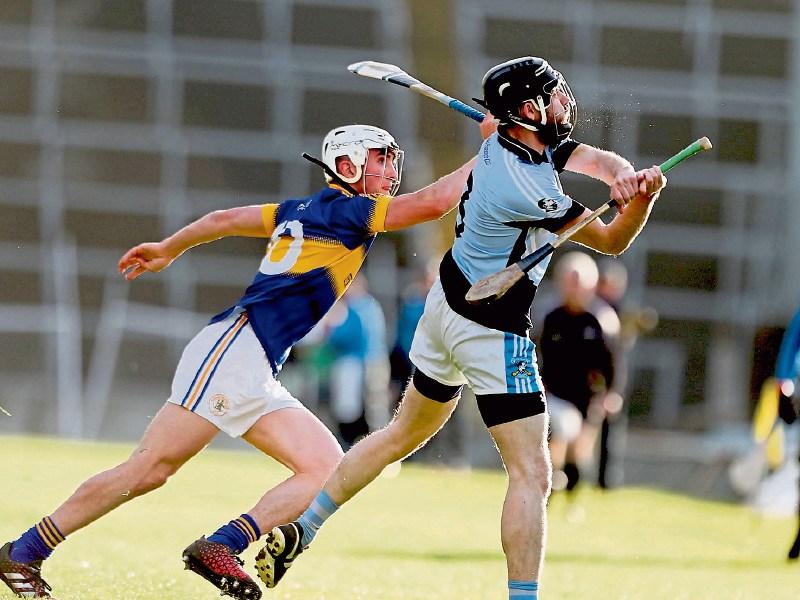 Regardless of the contenders, the Limerick senior hurling final is the most prestigious hurling game of the year at club level.

It carries that bit of magic and of course a huge opportunity for the participants. In Limerick, this special day, has been dominated for the best part by the great Ahane teams of the past while Patrickswell and Kilmallock dominated for many years.

There have been some fine winners in between like Ballybrown, Bruree and Garryspillane but recently Na Piarsaigh have taken a firm grip not only locally but also in Munster.

They also became the first club to win All-Ireland success and clearly they have enjoyed a magnificent spell with the current group of players.

They will know it won't always be that way and for them it’s about winning as much as they can when they can. They will agree that they should have added another national title along the way but that is in the past. For now it’s all about Patrickswell on Sunday.

In this years championship Na Piarsaigh have been impressive and poor at times. They are not playing with the same sort of fluidity we have become accustomed to and finding a replacement for the likes of David Breen has proven very difficult.

At their peak Na Piarsaigh had a ruthless streak to them. Now, that wasn’t always there but when they mastered the art of winning they showed little mercy. I don’t think we have seen that ruthless streak so far this season.

The champions have left the gate open for teams to go at them but more importantly they didn’t close the gate when they looked home and dry. We have seen a few examples of that this year and one thing is for sure Patrickswell will not be as forgiving as others.

Patrickswell will offer a stern challenge to Na Piarsaigh, they will respect them but they wont fear them. That has been the Patrickswell way. They have endured some difficult years but regardless any team they put on the field expects to win. It is not arrogance, quite simply it has become part of their DNA.

It was fostered and handed down from generation to generation and that ingredient has seen them through many finals.

Three in a row

For the first time in their history Na Piarsaigh are going in search of a three in a row. They have broken records, created records over the past few years and this Sunday they are looking to add another.

I don’t think winning three in a row will feature strongly in Michael Ryan’s team talks this week. He is far too experienced for that. What he will be focusing on is a performance, a performance that sees his charges deliver on the day.

Peter Casey will be a starter this time having missed the semi final due to illness. Casey gives Na Piarsaigh options but I expect Seanie O’Brien to pick him up.

Finals require teams to get the match ups right and both teams will see the importance of this. Na Piarsaigh have some key players that have delivered in many finals but they have yet to play as a unit in this championship.

Sunday might put that right and they will be looking for leaders to stand up. Mike Casey, Cathal King, Ronan Lynch, Adrain Breen, Peter Casey and Will O’Donoghue have the ability to lead the young players in the squad. Adrian Breen is only getting back to form after a long lay off due to injury but with every game his confidence is growing. Niall Buckley is back this season for Na Piarsaigh and he looks like he never was away. Buckley is a solid player, honest and direct and he has added greatly to the Na Piarsaigh defence this season.

From the opening shots of the championship Patrickswell showed they were coming with something different this year.

New young players have emerged, others have grown in confidence. An example of this are players like Paudie Maher, Josh Considine and Jason Gillane. When you look around the field Patrickswell have a lot of quality.

They will look to Diarmaid Byrnes, Cian Lynch and Aaron Gillane to take the game to Na Piarsaigh.

Kevin O’Brien has proven to be a handful this season and was man of the match in the semi final against Doon. The one word that best describes Patrickswell this season is balance, they didn’t always have that over the past few years but right now the young players that showed promise at underage have come good.

In every game they have played this year Patrickswell forwards are showing a great hunger to go at defences. They are taking a direct line to goal and that is something defenders don’t like.

Last week saw Ronan Lynch cleared to play in the final. His appeal was successful and no doubt his previous record had a part to play in that.

Will he start at centre back or could we see Will O’Donoghue take up that position?

Equally Ronan Lynch is well capable of playing a number of positions but if the switch is made he most likely will start at midfield.

This is an area that Patrickswell will hope to make progress. Cian Lynch had a quiet opening half against Doon. He produced a fine second half that saw Patrickswell dominate the middle third of the pitch, he has an engine that allows him travel and cause havoc and if Patrickswell are to win on Sunday I expect him to cause Na Piarsaigh a lot of problems.

It was noticeable in the last couple of games that Na Piarsaigh’s bench is not as strong as it used to be. They are very much dependent on the starting team doing the heavy lifting.

On the other hand I think Patrickswell have a stronger bench. That bench has youth but it also has experienced players that they can call upon. That could be very important next Sunday.

Players like James Carrig, Thomas O’Brien and Lar Considine have the ability to strengthen the team when introduced.

It might be a flash of genius or simply hard work that gets a team over the line on Sunday but regardless I have a feeling this game will be decided in the last ten minutes.

If Patrickswell are leading or in the hunt at this stage then they will be very hard to beat. They clearly have a hunger, that ingredient is often enough to take a team over the line.

For Na Piarsaigh they enter as favourites but not as hot as previously. They will need to play their best hurling if they are to get a result on Sunday. If they deliver somewhere near to that then it just might be enough.

Blackrock have clearly been the form team at Premier Intermediate level and their semi final performance sees them go in as favourites against Kildimo– Pallaskenry.

They are playing good hurling, short at times and very accurate. Jimmy Quilty has a proven track record and has worked very hard over the past few months to bring Blackrock a step closer to senior level.

Kildimo-Pallaskenry have a young team and clearly the hard work done at underage level is reaping rewards.

They have many quality players that wont stand by and admire on Sunday. It’s a massive day for club and a win would be a huge achievement for this young team.