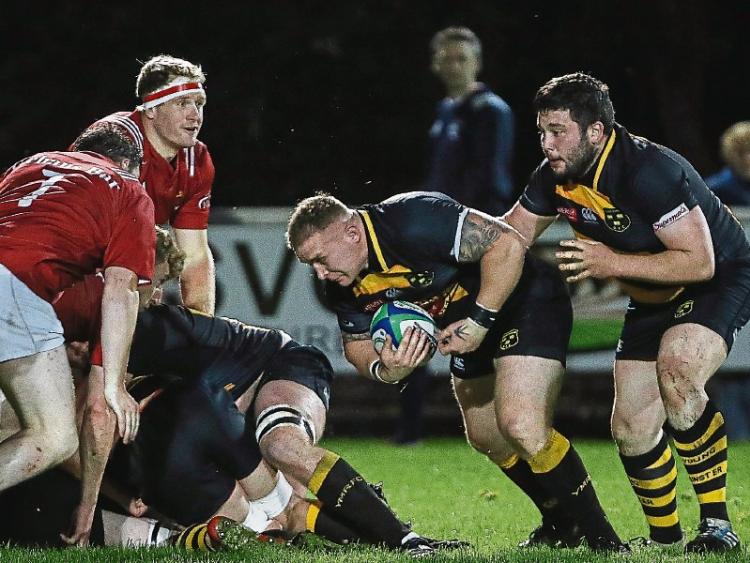 THE new Energia All-Ireland League season kicks-off this week with two Limerick sides hoping to end the city’s 10-year wait for a Division 1 title. Nine-time champions Shannon, relegated to Division 1B at the end of last season, were the last Limerick side to win the top flight title in 2009/2010.

The All-Ireland League action for Limerick clubs kicks off on Friday night with an intriguing clash of local rivals UL-Bohemian and old Crescent in Division 2A at UL North Campus, 8pm.

Both clubs missed out on making the promotion play-offs in 2A last season, with UL-Bohs finishing fifth and Crescent claiming sixth.

The two Limerick clubs enjoyed decent early season form with Old Crescent reaching the Limerick Charity Cup final while UL-Bohs were edged out of the Munster Senior Cup at the quarter-final stage by Cashel.

This weekend’s Division 1A action in the AIL includes the clash of Young Munster and Clontarf at Clifford Park on Saturday, 2.30pm.

Munsters’ finished seventh in the 1A table last term, just above the relegation zone, so the Greenfields side will hope that they are contending for the semi-final play-offs this time, rather than fighting for top flight survival.

Munsters’ early season form has been good as Gearoid Prendergast’s side has booked their place in both the Munster Senior Cup and Limerick Charity Cup finals.

Munsters’ will face holders Cork Con in the Munster Senior Cup final in Cork in December following their semi-final win over Cashel in wet conditions at Clifford Park on Friday evening. The Greenfields’ side’s Limerick Charity Cup final opponents will be Old Crescent.

Looking ahead to the start of the AIL, Munsters’ head coach Gearoid Prendergast said.  “We are quite happy with where we are at going into the AIL. We have had two tough games with Shannon in the quarter-final a week ago also. Clontarf will provide a different form of opposition, but look, we are ready for it.”

Garryowen lost out to Con’ in a highly competitive Munster Senior Cup quarter-final tie 10 days ago.

In Division 1B on Saturday, Shannon open their campaign with a home game against Old Belvedere on Thomond Park’s back pitch.

Meanwhile, in Division 2C, Bruff travel to City of Derry to open their campaign.