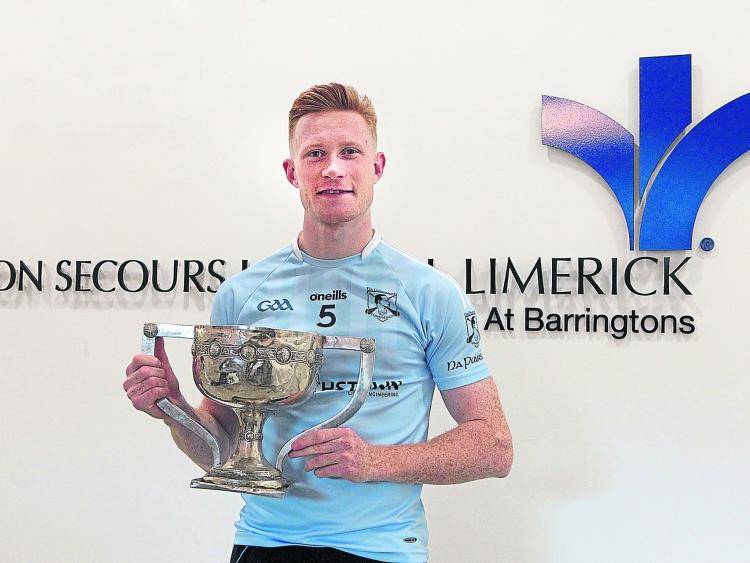 Shane O’Neill (2017) and Paul Beary (2018) have already led the Caherdavin clubs to Daly Cup titles and on Sunday Mick Ryan bids to follow in their footsteps.

“It was fresh to get to know new people and see a fresh perspective – they are bringing something new to the table and that’s to be welcomed,” said Na Piarsaigh captain William O’Donoghue.

“Of course it is going to be different – the lads see things differently. We didn’t know them before they came into us and you are trying to get to know some one as a person first and foremost and create a relationship. Training is second nature to them and second nature to us – it’s what we do,” outlined O’Donoghue when speaking at a media event ahead of Sunday’s final in the Bon Secours Hospital.

The Na Piarsaigh captain feels “people probably read into it too much” in terms of the high profile appointment of Ryan.

“I think it was probably given too much air time to be honest – I think people over hyped it a small bit,” siad O’Donoghue.

“All other managers across Limerick and trainers are doing a good job and it’s no different our side.”

He explained: “There are several other managers in place around Limerick and i understand it might be high-profile but I don’t think that’s the real nature of it. Nigel (Shaughnessy) is a coach from Galway and Declan (Fanning) just came on board in the last few weeks. You have to understand that we have about 40-odd at training because of the intermediates as well – if it was just one coach trying to co-ordinate 40-odd people it would be quite difficult but once people see Declan joining our team it’s an article in the paper!”

O’Donoghue outlined the club senior and intermediate panels train as one.

“I think we had something like 43 at training last week and that’s nothing but positive. It’s fantastic that our intermediates are competitive and you can see fellas have come from the intermediates like William Henn and there are several others with that type of capability.”

Na Piarsaigh reach Sunday’s final with five wins from six outings – losing only to Patrickswell back in April.

“There has to be more in us – if we are going back in time to try and find our best performance, then you are at nothing. We need to be getting better and we have to get better to win a county final. Anything but our best performance of the season won’t be good enough,” stressed O’Donoghue.

“We were quite fortunate that we got straight to a semi final and that brings it around quite rapidly, whereas if we had not got directly into the semi final we would have had that bit more prep and stuff,” said the captain.

Ahead of Sunday, the bookies have Na Piarsaigh as hot 2/7 favourites with Patrickswell 3/1.

”From our perspective they have shown great form and we will see how it goes,” said O’Donoghue.

O’Donoghue is one of seven from his club that were part of John Kiely’s 37-man panel that reached the All-Ireland SHC semi final in July along with Shane Dowling, David Dempsey, Mike Casey, Peter Casey, Kevin Downes and Conor Boylan.

The captain paid tribute to the efforts of the remainder of the Na Piarsaigh players.

“I am sure there is a sense that they are waiting around because you don’t know when Limerick are going to be beaten. I don’t think it’s  major factor and I know some of the lads got to go away on holidays over the course of the Summer, while training kept them in great shape and sharp.”

There was little rest for O’Donoghue and his county colleagues with club action within two weeks of Limerick’s loss to Kilkenny and that schedule suits the midfielder.

“It might be tough to get a holiday or something like that in but there can be plenty time for that if you aren’t successful. I’d rather the headache of not be able to go on holiday than have a lot of time.”