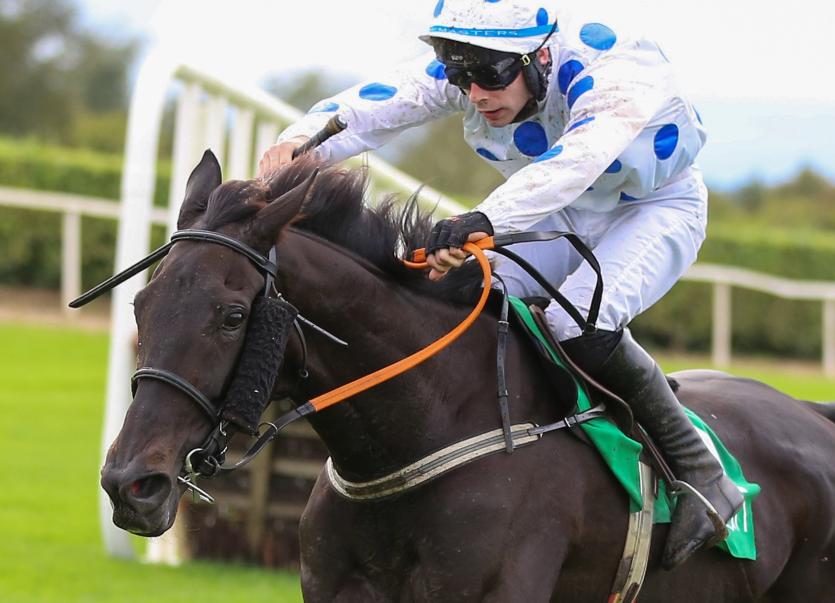 We are still in September but Ballingarry trainer Charles Byrnes is already thinking about Cheltenham for Doctor Duffy - the Showcase meeting there next month.  Doctor Duffy, sent off the 9-4 favourite, stayed on strongly to take theBaroneracing.com Sign Up Bonus Hurdle at Navan on Saturday by four lengths, completing a 34-1 double for Byrnes and 5lb claiming jockey, Kevin Brouder, who also won the opening Bar One Racing Download The App Maiden Hurdle with 10-1 shot Advanced Virgo.

Other Racing News : Group 1 glory for Harrington and Foley

Millisle sugar-coated a stunning season for the juvenile fillies trained by Jessica Harrington when storming home under Shane Foley to land the Group 1 Cheveley Park Stakes at Newmarket on Saturday at the expense of Europe's top summer filly, Raffle Prize. After lesser Group-race success for Alpine Star and Albigna, Millisle wiped out memories of her sorrowful Salisbury saga last time as she darted through under the stands' rail to run down the odds-on Raffle Prize as she lengthened up the rising final furlong.
Her strong finish left connections torn between a Commonwealth Cup campaign and shooting for the Classics over a mile with Harrington pointing to a strong dam's side for stamina giving optimism for a return to the Rowley Mile next year.

Wichita emerged as a possible Classic contender in 2020 after a wide-margin victory in the Tattersalls Stakes at Newmarket on Thursday. A winner on his racecourse debut at the Curragh last month, the son of No Nay Never was last seen pushing the high-class Molatham all the way in the Flying Scotsman Stakes at Doncaster little under a fortnight ago. Turning out swiftly for a Group Three contest better known the Somerville Tattersall Stakes, the Aidan O’Brien-trained juvenile was the 10-11 favourite in the hands of Ryan Moore – and his supporters will have been content for the duration of the seven-furlong journey.

Monoski – fourth behind Pinatubo in the National Stakes at the Curragh earlier in the month – was sent straight to the lead, but he was soon challenged by both Wichita and Manigordo. It was clear with a couple of furlongs still to run that Wichita was travelling much the best of the six runners and he powered clear once popped the question by Moore to score by seven lengths.