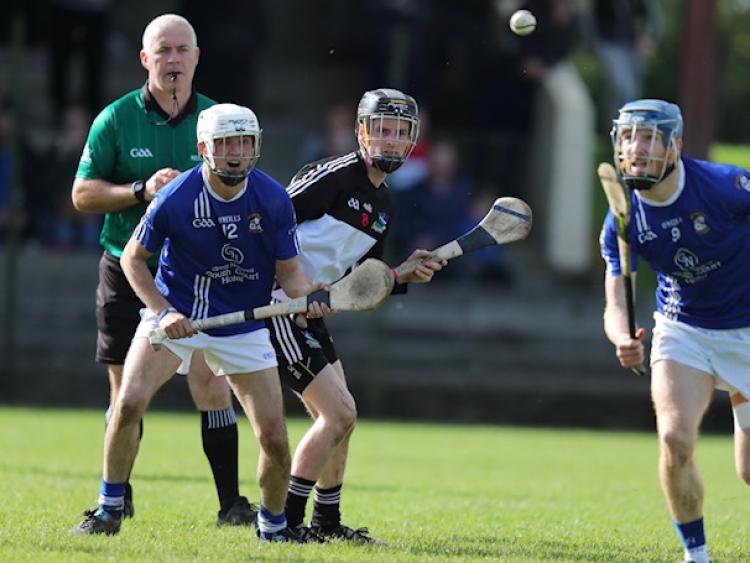 NEWCASTLE WEST booked their place in the Limerick Intermediate Hurling Championship final with an impressive 1-19 to 1-9 semi final win over Croom this Sunday.

It will be a first adult county hurling final for a Newcastle West first string since they won the county junior A title in 2001.

This county IHC semi final win means Newcastle West are chasing a hat-trick of county titles with the senior footballlers to play Oola in the Limerick SFC final and the camogie side to play Ahane in the Limerick senior camogie final in Bruff on October 13.

Newcastle West laid the foundation for the win with a 1-11 to 1-3 half time lead.

Backed by the breeze, Newcastle West had points from Mike McMahon and Diarmaid Kelly to open the eight point lead.

A goal from Conor Laffan had Croom ahead 1-3 to 0-5 after 17-minutes but Newcastle West hit the next seven scores.

Bryan Nix had the Newcastle West in first half injury time.

In the second half, Croom scored just twice from play, while Newcastle West extended out their advantage with points from Eoin Hurley and Diarmaid Kelly, along with Mike McMahon who finished with 0-10 (7frees, 2 '65).

Elsewhere on Sunday, Tournafulla maintained their intermediate status with a 0-20 to 1-16 win over Dromcollogher-Broadford, who are now relegated back down to the junior ranks.

Junior champions last year, Tournafulla were 0-11 to 0-9 ahead at half time but Drom-Broadford had battled back to lead 1-16 to 0-18 until Tour found the last two points to ensure survival.

* See the weekend print edition of the Limerick Leader for full match reports.