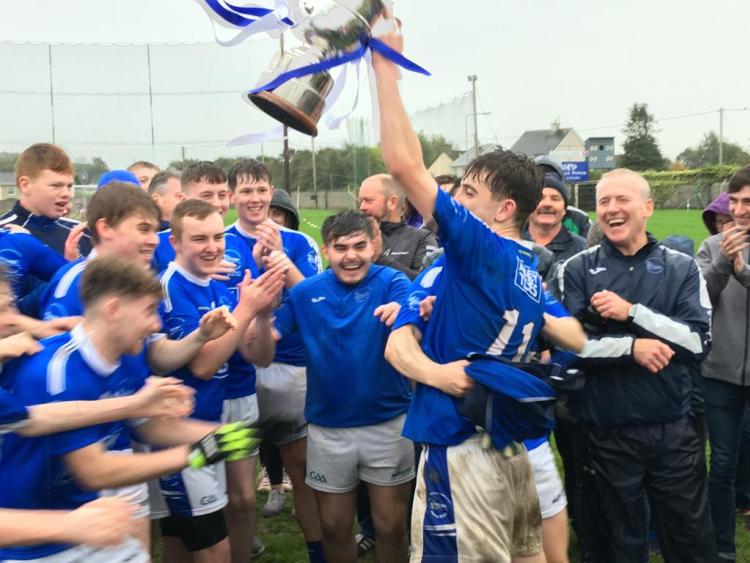 ABBEYFEALE'S Fr Caseys are Limerick Premier Minor Football champions for a 12th time after this Saturday title win over Galbally.

The defending champions needed extra time before emerging 3-15 to 0-15 winners in Kilmallock.

Galbally forced extra time, 2-8 to 0-14, but then the boys in blue took over in extra time to add another county U18 title.

Galbally were 0-5 to 0-3 ahead at half time but an Eoin Murphy goal in the fourth minute of the second half helped Fr Caseys into a 1-7 to 0-6 lead.

When Murphy scored a second goal the lead was 2-7 to 0-8 entering the final quarter.

Back came Galbally with six of the final seven scores to level - Joshua Dineen with the late equaliser.

In extra time Galbally had the first point and then failed to score again - captain Dylan Quirke goaling from a penalty in the second half of extra time.

The second part of the double-header in Kilmallock saw Galtee Gaels advance to a Limerick IFC final with Gerald Griffins after a 2-16 to 1-12 win over Mungret.

This game also went to extra time with Galtee Gaels wing back Alan Coughlan ensuring the game finished level, 1-9 to 0-12, with a late late point in the fifth minute of injury time.

Galtee were 0-7 to 0-4 ahead at half time but a Jack Walsh goal in the first minute of the second half spurred Mungret.

Mungret hit the front for the first time in the 54th minute and looked on course for the final but Galtee found three late points.

In extra time, Galtee had a goal in either half from Shane McNamara to book their final place.

Elsewhere this Saturday, the final four was confirmed in the Limerick JAHC.

The four sides that played in the West semi finals will now contest the county semi finals after today's quarter finals - Castletown-Ballyagran were 1-12 to 1-7 winners over Claughaun 1-7 and Kilmallock won 0-11 to 2-3 over Ballybricken-Bohermore 2-3, Killeedy beat Patrickswell 1-12 to 2-5, Croagh-Kilfinny had a 0-19 to 0-15 win over Caherline 0-15.