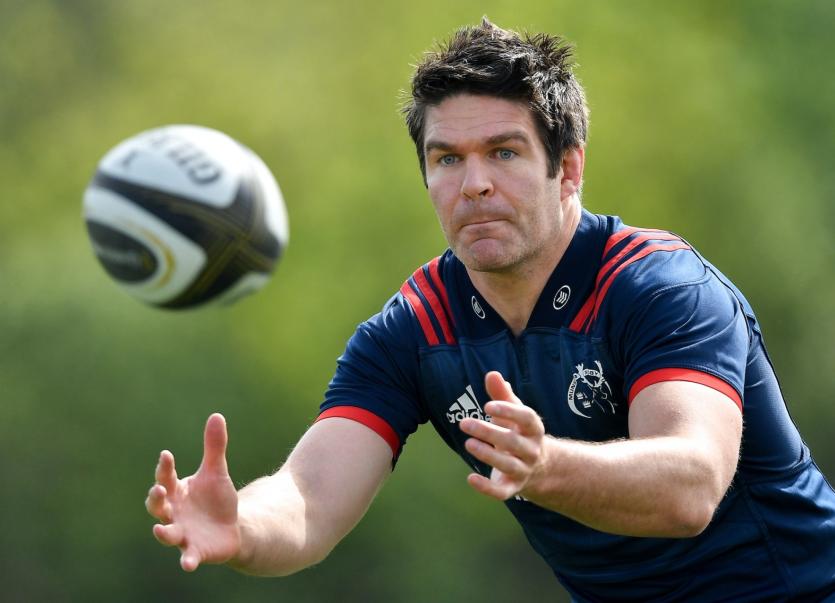 The Munster Rugby team has been named for Saturday’s Guinness PRO14 opener against Dragons at Thomond Park (3pm). Billy Holland captains the side as the lock begins his 13th season as a senior player with four Academy players included in the squad, while former UL Bohs hooker Kevin O’Byrne starts the clash on his 50th Munster appearance.

Former Leinster number nine Nick McCarthy makes his competitive debut for the province and partners JJ Hanrahan in the half-backs.

Tyler Bleyendaal and Rory Scannell team up in the centres with newly capped Irish international Mike Haley at full-back with wingers Darren Sweetnam and Shane Daly completing the back three.

Jeremy Loughman, O’Byrne and Stephen Archer pack down in the front row with Fineen Wycherley and Holland in the second row.

A back row of Jack O’Donoghue, Tommy O’Donnell and Arno Botha complete the side.

Knox and O’Sullivan are in line to make their competitive Munster debuts.

Meanwhile,  Fly half Sam Davies and wing Owen Jenkins will both make their Guinness PRO14 debuts for Dragons in the league opener on Saturday. The talented back duo will line-up in Dean Ryan’s first team selection of the league season for the trip to Thomond Park in Limerick.

Davies – who last season amassed 153 points in the league for Ospreys – is joined at half back by Rhodri Williams who will captain Dragons in Ireland.

Wing Ashton Hewitt makes his first appearance in the competition since April 2018 after returning from a shoulder injury.

Wales international Leon Brown is named in the front row, alongside Richard Hibbard and Brok Harris, while Joe Davies and Matthew Screech are paired in the second row.

Director of Dragons Rugby, Dean Ryan, said: “I’m genuinely excited by the challenge of a new competition, in the shape of Guinness PRO14, and I know all the players are looking forward to getting started after a very long pre-season.

“Our challenge is to get better every week and the first game will give us an indication of where we are as a group, where we need to keep improving.

“We know there is no hiding place in Munster. Thomond Park is an incredibly hard place to go first up and we will need to play well to get anything.

“But we go into every game looking to win, will prepare well and look to perform at our best. It is an exciting challenge to start the new campaign.”