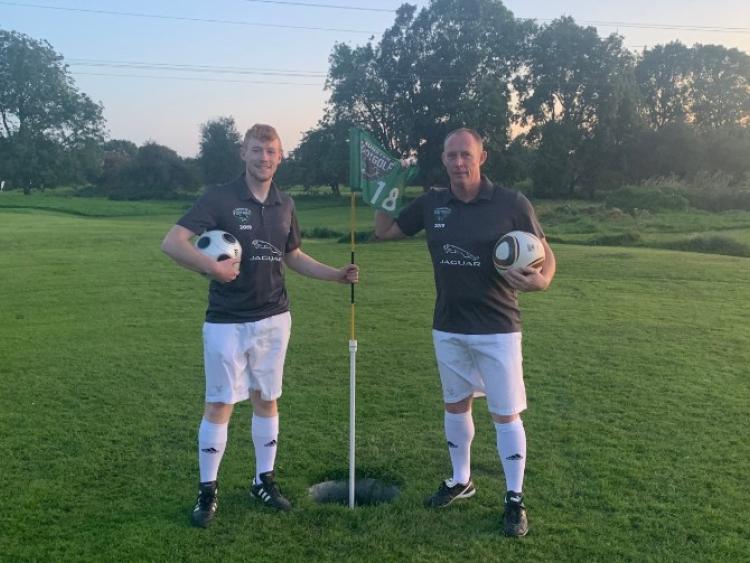 John Callinan and his son Jason

FATHER and son John and Jason Callinan are part of the Irish team playing in the European FootGolf Championship.

The event starts this Friday at Magnolia Park in England.

John Callinan, who runs Munster footgolf is located on the outskirts of Shannon at Hurlers Cross, is Irish team captain.

The Callinans and their Irish team-mates will face competition against Switzerland, Sweden and Holland in the group stages.

"People don't realise that there is a competitive aspect to FootGolf," explains John Callinan, who is from Meelick.

"It's huge in the UK with lots of competitions but in Ireland it's mostly seen as a recreational sport at the moment, " said 47 year old John.

Along with his 22 year old son, John and his Irish team will be hoping to reach Saturday's quarter finals.

Each match will feature six games; Three played in foursomes and three singles. The games are played in matchplay using the traditional golf style scoring format.