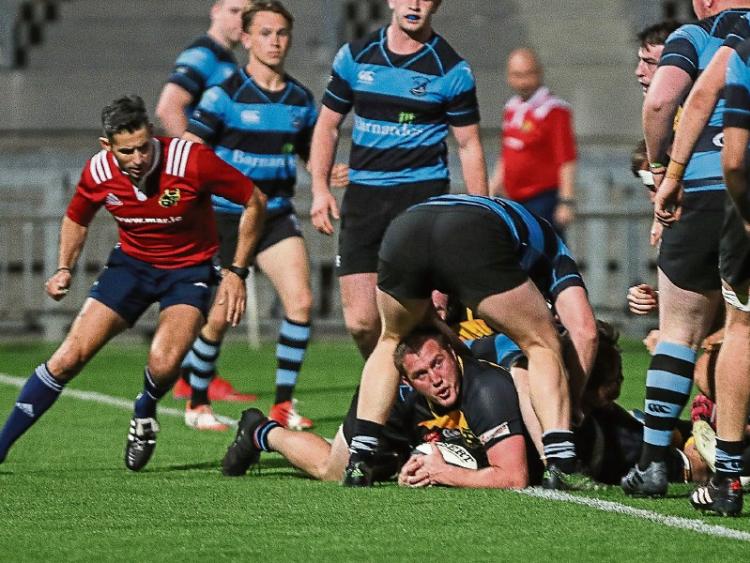 Munsters’ secured their place in the last four with a hard fought 23-17 quarter-final win over Shannon at Thomond Park on Friday night.

Shannon had led the game 17-13 inside the final quarter, but a try from New Zealand number eight Jordan Stewart and a conversion and penalty from former Thomond out-half Evan Cusack eased Munsters’ to victory.

Young Munster head coach Gearoid Prendergast is encouraged with the manner in which the side’s preparations for the start of the AIL are going.

“We are moving nicely. There is only so much training you can do. I felt the month of September has dragged a little bit, having a game and then not having a game.

“We have a Cup semi-final now next weekend against Cashel, so that will be another really tough game heading into the start of the AIL the following weekend.”

Cashel ended UL-Bohs' interest in this season's competition when recording a hard-earned 10-7 victory in their quarter-final clash at UL on Friday night.

UL-Bohs led 7-0 with a try and conversion from Alan Kiely. However, Cashel drew level and an Aidan McDonald penalty mid-way through the second half decided the contest in the Tipp side’s favour.

Meanwhile, on Saturday, Garryowen saw their interest in this season's Munster Senior Cup ended once again by Cork Constitution at Temple Hill.

Garryowen had led the battle of the two AIL Division 1A sides 7-6 at half-time.

The 'Light Blues' points came courtesy of an Andrew O'Byrne try on 20 minutes which was converted by Peader Collins.

A third penalty goal for Con’s Aidan Moynihan in the second half proved the match-winner.

Con’ will now face Highfield in the second semi-final.