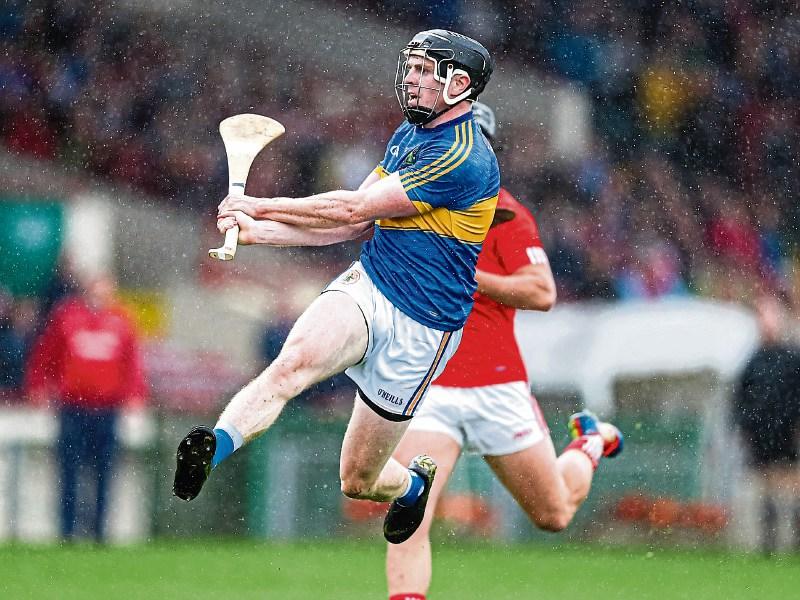 The stage is set for this years County Senior hurling final after Patrickswell and Na Piarsaigh booked their places after wins over Doon and Kilmallock last Sunday.

Supporters will hope for better fair in the County Final as both of the games last Sunday lacked the sort of energy and passion one would expect at this stage in the championship.

Semi finals have a habit of this as they are all about winning and securing a place in the final.

Patrickswell had the better of Doon having struggled to match Doon in the opening half. Doon had a couple of great goal chances but only to be denied by the crossbar and the post.

They needed those opportunities to really unsettle Patrickswell who were a very different team in the second half.

Kevin O’Brien gave a man of the match performance for Patrickswell. He was busy for all of the game but his willingness to work hard and take the game to Doon played a key role in his side winning this game.

Apart from scoring it was his vision and team play that suggest that this player has brought another dimension to his game and is deserving of another opportunity at county level.

Doon finished the game with thirteen players and despite falling away in the second half still only five points separated the teams at the finish.

This game never reached the heights most people expected and for Doon the wait goes on. They would have needed some big performances to pull this game out of the fire but like so many times in the past Patrickswell know how to win big games.

They’ll have learned a bit from this game especially if they start as poorly against Na Piarsaigh in the County Final the game will be over.

Patrickswell have a sprinkling of youth in their team now and while some will be shy on experience they are after having a good year of development.

The opening half saw Doon hungry for possession, they worked harder and players like the impressive Tom Hayes, Richie English and Darragh Stapleton were on top. They would have hoped for a better return from Pat Ryan but while he did manage a couple of points he never got the better of Seanie O’Brien who was very much in control.

The turning point in the game came when a Kevin O’Brien shot was deflected into the net by Doon corner back Eoin Fitzgibbon.

That was after twenty two minutes and Doon never went ahead after that score. It effectively ended the Doon challenge as Patrickswell took control in most of the key positions.

An early goal by Jason Gillane set the tone for the second half after Kevin O’Brien again crossed and Gillane finished with some craft.

Patrickswell dominated the second half but despite this they left the gate open for Doon on a few occasions.

Darragh O’Donovan kept Doon in touch with frees but in reality they had no fire power in the forwards where Diarmuid Byrnes, Josh Considine and young recruit Paudie Maher did well.

It took Cian Lynch a while to make an impact on the game but he was much more prominent in the second half.

If Kevin O’Brien played a key role for Patrickswell then that and more could be said about young Will Henn who had a superb game for Na Piarsaigh in their win over Kilmallock.

Full credit to Kilmallock they came and left everything on the pitch and just came up short against a Na Piarsaigh team that were well below what we have come to expect from them.

They were pushed for the majority of this game as Kilmallock looked a great deal more hungry for battle than Na Piarsaigh who were second to most ball for three quarters of this game, players stood around waiting for someone else to do the lifting.

Champions always find a way to come out in the end but were it not for the efforts of Henn, Breen, Donoghue, Lynch and Foley they would have exited the championship.

On a few occasions we had some robust play but overall the challenge is going out of hurling. Ronan Lynch was sent off on a straight red card. His strike on Jake Mulcahy looked worse than it was and such play is not something I would associate with Ronan Lynch.

We had some fine spells of hurling from Kilmallock, a ten minute spell in the first half yielded seven unanswered points.

Michael Houlihan, Kevin O’Donnell and Jake Mulcahy were on target and there was no doubt that Kilmallock had rocked Na Piarsaigh.

Leading by three points at halftime was a slender lead for the dominance Kilmallock enjoyed and you always had the feeling that Na Piarsaigh would come back.

Will Henn was accurate from frees and play and I really liked how this young player has grown in this championship. He has no problem taking responsibility and we saw lots of evidence of that in this game. Most of all he is a team player and I think we have yet to see the best of what he can offer.

This was a hearty performance by Kilmallock, their best in the championship this year. I was not surprised by that and players like Aaron Costello, Paddy O’Loughlin and Robbie Hanley worked very hard. Hanley was later sent off on a second yellow card.

Na Piarsaigh had to start the game without Peter Casey who was ill and he was a major loss in attack.

This was a game that saw a number of Na Piarsaigh players miles off the pace, they coasted and didn’t show an appetite for work.

I would think Michael Ryan will remind them of that in the weeks leading up to the County Final. It took Na Piarsaigh three quarters of the game to come to terms with Kilmallock. It took them a long time to play as a unit but when they finally got it together they found a way to take control of the game.

This game will stand to them. It will be a timely reminder that will bring them down to earth. The final on October 6 has the ingredients of a game that will be close. Patrickswell will have no fear of Na Piarsaigh and both teams will feel they have scope for improvement in the final.

The teams that have shown the best form so far this season are in the final and I think this game might only be decided in the final minutes.

Jimmy Quilty is one year away from the Limerick scene and like many times in the past he has a team very close to silverware once again.

Quilty is a good coach and he was a loss to Limerick in 2019. He has made a fine contribution in many clubs and it was a great pity he left the Limerick senior management team. Good selectors are hard to find.

He has really lifted Blackrock and they are playing good hurling. Kildimo-Pallaskenry as a club have worked very hard over the past few years and player development at underage is now standing to them.

Peter Finn is the team coach and like Quilty he has tasted success with many clubs. The prize for either team is senior status and that should ensure a great game.

A delegation representing Limerick GAA travelled to America last week in the hope of raising funds.

I believe Limerick are looking for some foreign based benefactors but that is proving hard to find.

There is a view they would use such funds, should they emerge, towards the development of Rathkeale.

A lot of money has been put into Rathkeale but has this project come to the end of the road?