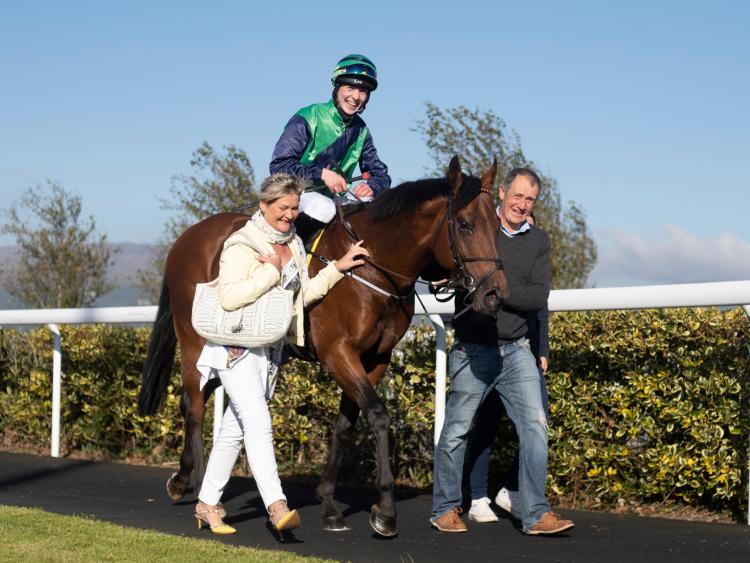 Abbeyfeale apprentice Paddy Harnett recorded his third success and his first on the all-weather when taking the opening 5f handicap on 16/1 chance Abstraction at Dundalk on Friday night. Trained by Natalia Lupini, the nine-year-old got on top in the dying strides to beat Fridtjof Nansen by a neck in the colours of the Raintree Racing Partnership.

Meanwhile Herbertstown jockey Donie McInerney teamed up with County Dublin trainer Paul Stafford to win the 2m5f maiden hurdle with Military Hill at Galway on Monday afternoon. The 6/1 chance scored a three-length to give McInerney his tenth winner of the season.

Pat Smullen’s quest to raise money for pancreatic cancer trials and awareness of pancreatic cancer research has seen a sum in excess of €2.5m raised. The nine-time Irish champion jockey was at the centre of an incredible fund-raising drive by Irish horse racing over Longines Irish Champions Weekend, which culminated in the Pat Smullen Champions Race for Cancer Trials Ireland at the Curragh on Sunday last. The weekend of charity events included a charity dinner, an on-line auction in which items were donated by the racing and breeding community, specially-designed souvenir cups were on sale at both Leopardstown and the Curragh, while donations have continued to flood into cancertrials.ie, the charity’s website, even after the dust settled on a special weekend. The Champions Race was won in dramatic and emotional circumstances by 20-time British jumps champion Tony McCoy, riding Quizical for Smullen’s good friends Sheila and John Lavery. And now, with two cancer trials ready to be put into operation by Cancer Trials Ireland, the generosity shown will make a difference very quickly. Donations are still welcome to cancertrials.ie and a small number of the limited-edition reusable cups can be purchased.

Pat Smullen said: “I never dreamed that we would reach a figure like this and it is a tribute to the kind nature of everyone in the racing and breeding industry – I am overwhelmed! Sunday at the Curragh was a special day and a huge thank you to everybody who came along. I don’t think we’ll ever see a race like that again and I owe so much to my good friends, the nine champion jockeys, who came out of retirement to ride in it, as well as the race sponsors, owners and trainers who made the race possible.”