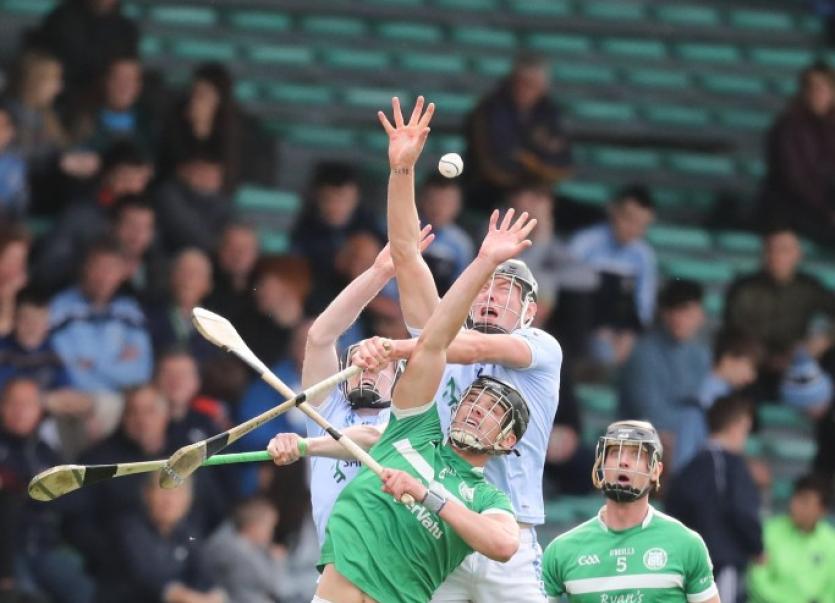 The Caherdavin side will now meet Patrickswell in the Bon Secours Hospital Limerick SHC final on October 6 after this 0-23 to 0-18 semi final win over Kilmallock.

Patrickswell had a win over Doon - report here

Na Piarsaigh turned in a fine second half display to book yet another county final spot.

Kilmallock had the first half breeze and brought a 0-12 to 0-9 lead into the half time dressing room.

And, that three point advantage came despite trailing by four points after 10-minutes.

With no Peter Casey or Shane Dowling in their attack Na Piarsaigh still hit the ground running and were 0-6 to 0-2 ahead after 10-minutes.

Adrian Breen and Kevin Downes were among their early scorers.

But then the Caherdavin side failed to score for 11-minutes and Kilmallock took over with seven unanswered points - led by three fine points from midfield by Kevin O'Donnell.

William O'Donoghue and Breen had points in reply to level the semi final for the fourth time.

Then Gavin O'Mahony and frees from Micheal Houlihan and Jake Mulcahy ensured the 0-12 to 0-9 interval lead for Kilmallock.

Five minutes into the new half Na Piarsaigh were down to 14 men when centre back Ronan Lynch received a straight red card for a wild pull.

Nonetheless the champions had the game level, 0-13 each with Breen and Alan Dempsey points.

Free-takers Michael Houlihan and William Henn then dominated the scoring and the sides were level for the eighth time - 0-16 entering the final quarter.

Four in a row from Na Piarsaigh including a free from goalkeeper Padraic Kennedy all of a sudden had Na Piarsaigh 0-19 to 0-16 ahead with 51-minutes gone.

Kilmallock were down to 14-man for the final 10-minutes when Robbie Hanley received a second yellow card.

With five minutes to play there was a goal between the teams with Kilmallock without a score from play since the ninth minute of the half.

Na Piarsaigh extended the lead over the winning line to reach another final.