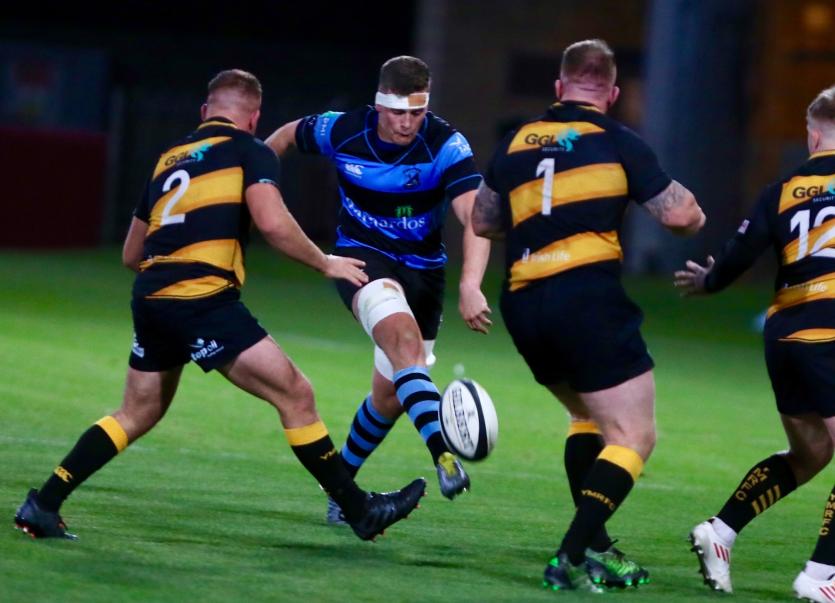 AIL Division 1B side Shannon led their visitors 17-13 inside the closing half an hour of a highly competitive derby fixture which was played out before a sizeable attendance.

However, a close range try from New Zealand-born number eight Jordan Stewart, which was converted by out-half Evan Cusack edged Munsters' back in front.

Cusack sealed the Greenfields side's passage into the semi-finals when landing a penalty goal with the last kick of the game.

The club rugby season might still only be in its infancy, but nonetheless this was a high octane contest with plenty in the way of industry and endeavour.

After all, the start of the All-Ireland League is now just two weeks away, so both sides are looking to get their various combinations up to speed before the start of the competition which is their main priority for the season.

The Limerick rivals had been tied 6-6 at half-time at the end of a highly competitive opening 40 minutes.

Munsters' had enjoyed the upperhand in the scrum during that opening half, forcing a couple of crucial penalties at set-piece time.

The second half was only two minutes old when Gray knocked over his third successful kick on a blustery night to help Shannon into a 9-6 lead.

However, that advantage was short-lived as Munsters' struck for the game's opening try four minutes later as the opportunist Luke Fitzgerald raced clear to score. Cusack's conversion made it 13-9 to the visitors.

WATCH: Season maybe still only on its infancy but fine crowd in the house for clash of @Shannon_RFC & @YoungMunsterRFC in Munster Senior Cup 1/4 final. Remains 3-3 after 20 mins #LLSport @LimkLeaderSport #MSC #ClubRugby pic.twitter.com/8UfGnlpYdf

However, the see-saw nature of the scoring continued as the third quarter wore on. Gray converted his fourth penalty goal of the night in the 49th minute, before the Tadhg Bennett-coached home side struck for their opening try.

From a penalty award inside their opponents half, Shannon opted for a kick to touch. Securing good quality possession from the Shannon pack mauled their way over the Munsters' tryline with front rower Jordan Prenderville credited with the touchdown. The conversion was missed, but Shannon now led 17-13.

WATCH: @YoungMunsterRFC over for second try after effective use of pick & go from close range to edge into 20-17 lead v @Shannon_RFC in Munster Senior Cup 1/4 final after 70 mins in Thomond Park #LLSport #MSC @LimkLeaderSport pic.twitter.com/eJjvyyljXy

Momentum in an exciting second half continued to swing to and fro, before Munsters' grabbed their second try after a terrific piece of patient, composed rugby, using the pick-and-go to telling effect inside the Shannon '22. Kiwi back-row Stewart was credited with the score.

Cusack also added the conversion for a 20-17 lead for the home side with 18 minutes remaining.

Meanwhile UL Bohemian succumbed to a narrow 10-7 loss to Cashel RFC in what was a fiesty Munster Senior Cup quarter-final at the University of Limerick 4G pitch. An Aiden McDonald penalty ten minutes from time proved the difference for the Tipperary side.

His effort added to a converted Keith Melbourne try in the second half which had cancelled out an Alan Kiely try from the opening minutes of the first half. Bohs came up against a battling and determined Cashel side in the second half in a game that could have went either way.

As mentioned, Cashel now travel to Young Munsters next weekend in the semi final.