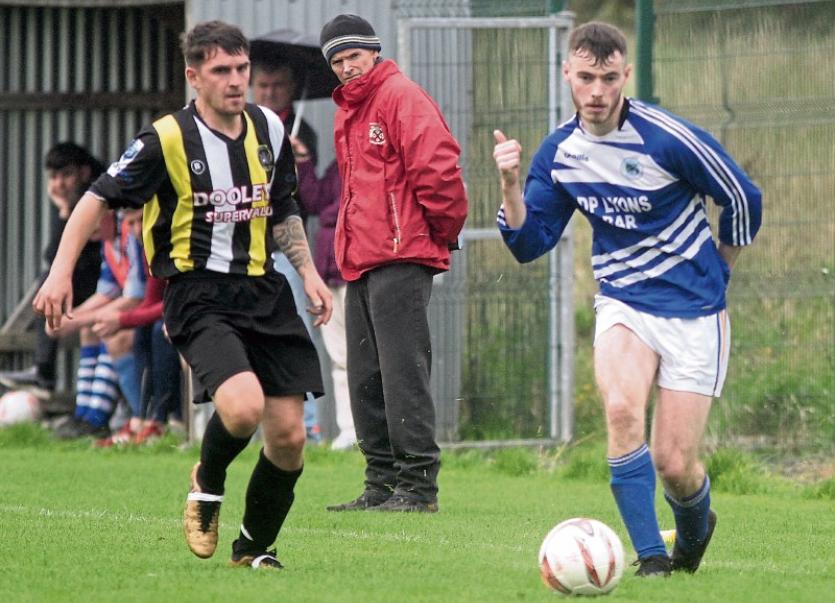 Abbeyfeale United have a tough assignment when they travel to Killarney Athletic for a 1.0 kickoff on Sunday. Athletic won the Kerry Premier A title three years ago but haven’t hit those heights since and finished in the bottom half of the table last season. Abbeyfeale were missing a few regulars in the 4-1 win away to Newcastle West Town last Sunday but the newcomers did well and that will create a healthy competition for places when players return from injury, with Paudie Smith and Thomas Sexton possibly ready for a return to action on Sunday. This will be Killarney’s first game of the season and that further sways me in the belief that Abbeyfeale will have a slight edge.

After winning promotion as Champions in successive seasons, Creeves Celtic have now joined Pallaskenry in Division 1 and the two sides meet in Newbridge on Sunday. There is likely to be little between the sides but home advantage might just swing it for Creeves.

Breska Rovers entered their two junior teams in the Munster Junior Cup and both are in action on Sunday. Breska Rovers B cannot surely expect to take anything from their trip to reigning League Champions, Rathkeale, but the A-team’s assignment away to St. Ita’s is much more difficult to call. Both St. Ita’s and Breska had good away wins last Sunday and I give Breska a tentative vote to advance.

Granagh United pulled off the shock of the day last Sunday by drawing away to Rathkeale and they will be in buoyant mood when they travel to Carrig Celtic. A hard tie to predict but I’ll go with Carrig on the basis of home advantage.