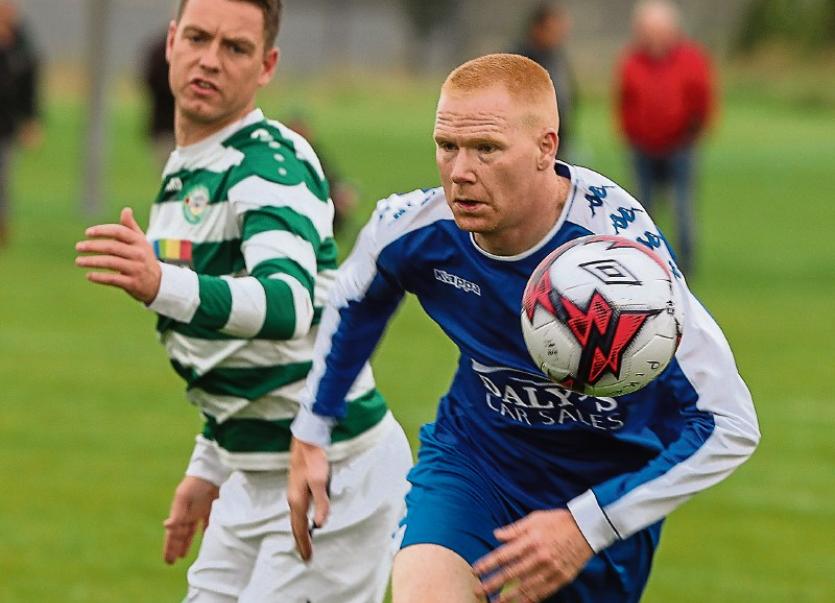 After a busy month that saw most clubs play seven or eight League games, it is the turn of the Munster Junior Cup this weekend with some exciting games on offer.

Topping the bill is the clash of Premier Champions Janesboro and Fairview Rgs in Pearse Stadium. Much has been made of the changes in ‘Boro’ over the last few weeks.

Stripped of several of last year’s League and Oscar Traynor winning side, the loss of stalwarts Shane and Thomas Clarke and Aidan Ryan from the management team were further blows.

To their credit they have regrouped with a young squad and knowing manager Shane O’Hanlon it will not be long before they are back to the summit.

On Sunday they host a Fairview Rgs side who are tagged by many as favourites to dislodge the Fran Mullally Trophy from Pearse Stadium.

The ‘Blues’ are currently joint second in the table but have still to gel as a unit in the manner expected. They have the individuals and no doubt will get the right mix. Janesboro will be hoping it’s not this weekend.

Another game worth a visit is the local derby between Mungret Regional and Regional Utd. The sides met earlier in a league game when Regional took the bragging rights with a 1-0 win.

Like Janesboro, Regional were decimated with close season defections but shrugged it off to have a great start to the season. They slipped a few points in the last couple of games. This coincided with an injury to Kieran O’Connell so the Dooradoyle side will have fingers crossed that he makes a quick return.

On the flip side Mungret had a slow start, partly due to a number of players absent, but have shown a huge improvement in recent games.

I watched them beat Geraldines and was impressed with their direct style. This has all the ingredients of a thriller.

Pike Rvs, last season’s Munster Junior Cup runners up, start their campaign against Cals in Rathuard. Pike are in great form which does not bode well for a very young Cals XI.

Joint second placed Geraldines take on Wembley Rovers in a game that in days of old would have drawn the crowds to Garryowen.

Aisling Annacotty A will be expected to continue on their merry way when they host Division 3A side Moyross Utd B. The Northsiders have a squad filled with stars of yesteryear, all still well able to perform at this level. They may find the young and buzzing Aisling youngsters too quick however.

Ballynanty Rovers, after a couple of close defeats, will be looking to get back to winning ways when they welcome Pallas United and Nenagh would also welcome a change in fortunes when they host Premier A side Corbally Utd.

Patrickswell FC host Coonagh Utd A and will relish the opportunity to test their progress against a Premier side.

Coonagh have settled well in the top flight and form suggests they will be too strong but should warn against complacency.

Of the other ties the clash of Charleville and Moyross Utd A looks best while Newport Town v Hill Celtic also pits two old rivals against each other in a game that usually throws up plenty of goals.

Shels are an exciting young side but might find the power of Eoin Duff and Co., too much.