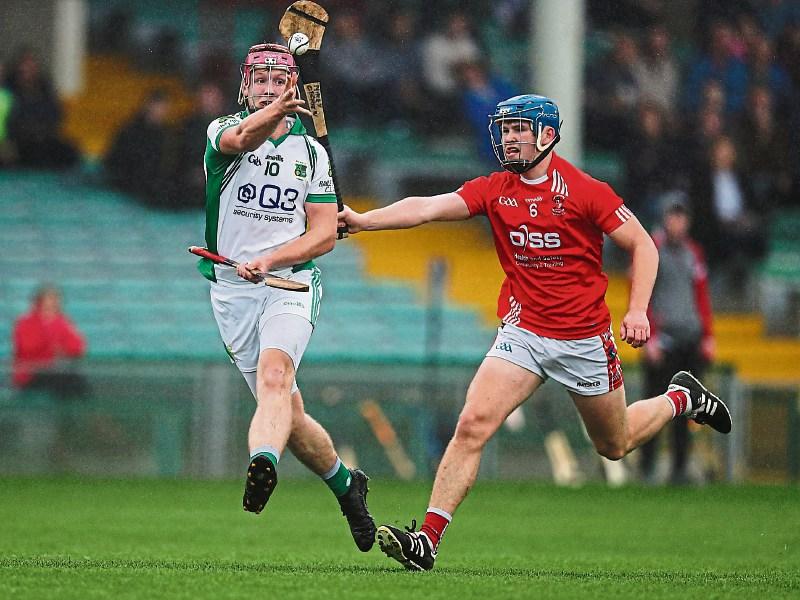 The Limerick senior hurling championship is creeping towards its conclusion and the make up of the final will be know next Sunday. Wins for Kilmallock and Doon last weekend saw them secure semi finals spots against Na Piarsaigh and Patrickswell.

The Gaelic Grounds provided a home for the quarter finals but like so many occasions in the past this venue finds it very difficult to attract patrons for club games.

It was overcast with light rain at times but overall the conditions were good for hurling. In fairness the pitch is in very good order just as it was for all games this season.

Ahane brought some form into their game with Kilmallock who have struggled to show the sort of fluidity we would normally associate with them this season. Kilmallock are not the team they once were and while they got through this game with Ahane they will have to find a bit more if they are to secure a place in the County Final.

Ahane put up a plucky performance but they are short on experience and power right now. They needed to get more from their experienced players but it was in short supply.

Kilmallock have reached a semi final with lots to do but few teams are as well equipped as them when it comes to finding form at this stage in the championship.

Bit by bit they are making progress, they will have to lift it next Sunday but it would be a brave man that would take them for granted.

When it mattered most last Sunday they closed the game out. Players like Graeme Mulcahy, Jake Mulcahy and Michael Houlihan scored. Experience is a vital ingredient at this stage in the championship and Kilmallock will have plenty of that.

Ahane exited the championship once again but they are showing signs of improvement. They will need some of the young players to step up but that cannot be expected to happen overnight. Like in the game that followed quality was in short supply here.

There was little to excite the attendance but from a Kilmallock point of view it was all about securing a place in the semi final. They will now face Na Piarsaigh who gave them a bit of a trimming earlier in the championship.

In the second quarter final Doon took a while to get into the game but when they did they showed signs that they will be a handful for Patrickswell in the semi final. Ballybrown got the ideal start with a goal from Shane Kenny.

He took full advantage of some poor defensive play by Doon. That goal sustained Ballybrown for a long time but you always got the sense that Doon had the capability to recover.

They did that with some good scores from Dean Coleman, Jack Ryan, Pat Cummins and Darragh O’Donovan. Ballybrown did lead at the break and Andrew Cliff was sharp from frees. While the closeness of the game kept it interesting it was for the best part lacking in quality.

Now, to be fair to both teams the conditions didn’t at all help. Rain, while not heavy, was enough to cause the conditions to be greasy and difficult for all players.

It was noticeable that Doon had better stickmen when the conditions were at their worst. In line with tradition Ballybrown kept working, they made life difficult for Doon and had a slender lead of three points at the break.

Doon moved Mikey O’Brien to midfield for the second half and Denis Moloney went to half forward. Confidence was starting to build in Doon and it would have been greatly helped by Josh Ryan who had a very good second half.

He landed three great points and I was impressed by him. I have said before that if this young man got a year of development in the senior squad it would really improve him.

I think he can offer Limerick something but unless he gets the opportunity we will never know.

Jack Ryan and Cormac Ryan were making a fine contribution and when Cormac goaled for Doon it effectively took the wind from the Ballybrown sails.

Just as you would expect Ballybrown didn’t go away but they found scores hard to come by now. Doon started to express themselves more. Darragh Donovan was winning midfield and he also found the target.

The quality of ball coming from the Doon half backline was better and it allowed Josh Ryan cause all sorts of problems for the Ballybrown defence. Ryan offers Doon an option to go long, his height is a major advantage but he needs busy players around him.

At one point in the second half Doon had gone seven points clear. They had Ballybrown on the rack but when Ross Griffin goaled it gave them some hope.

Ballybrown showed a spirit to fight on but Doon finished the game out and won with a good bit to spare. Ballybrown are making progress and they have some very good minors coming through.

The Ballybrown minors will meet Doon in the County Final after both had victories over Patrickswell and Mungret last week.

It was very disappointing to see no programmes for the minor hurling semi finals, not even a team sheet.

This is simply not good enough. How could that be allowed happen?

Have they no paper, printer or photocopier in the offices of the County Board?

It was a very poor show and so many people were in contact in relation to same.

Many people also spoke to me before and after the games last Sunday also as they were far from happy with the admission price of fifteen euros.

Clare had a double header in Cusack Park last weekend and admission was ten euro.

Supporters in Limerick are very important and charging them fifteen euros for poor games is something that needs to be looked at.

The club championship has produced poor enough games so far and hopefully we will see two good semi finals in the Gaelic Grounds next Sunday.

Na Piarsaigh are hot favourites and it will take a very big performance by Kilmallock to overcome them. It will be all about the start for them and they can not allow Na Piarsaigh hit early goals. Na Piarsaigh have an edge to them this year and if they produce form it will be very difficult to see Kilmallock beating them.

Na Piarsaigh have excellent forwards I think they will just have too much for Kilmallock. Patrickswell showed good early form in the championship but it dipped during the break. They played Newtownshandrum in a challenge last week and were impressive.

They will carry the tag of favourites against Doon and if they perform they will be hard beaten. Both teams have county men to call upon and how they play could have a big bearing on this game.

Patrickswell are a strong unit, they possess the ability to improve even further but if they are off colour then Doon have a chance.

From what I have seen in this championship so far I think Patrickswell are a more settled team. They have key men that will carry them over the line.

I am sure Doon will not fear Patrickswell in anyway. So many of these players have crossed sticks at underage level and if those games are anything to go by then it could be a great deal closer than most people think.