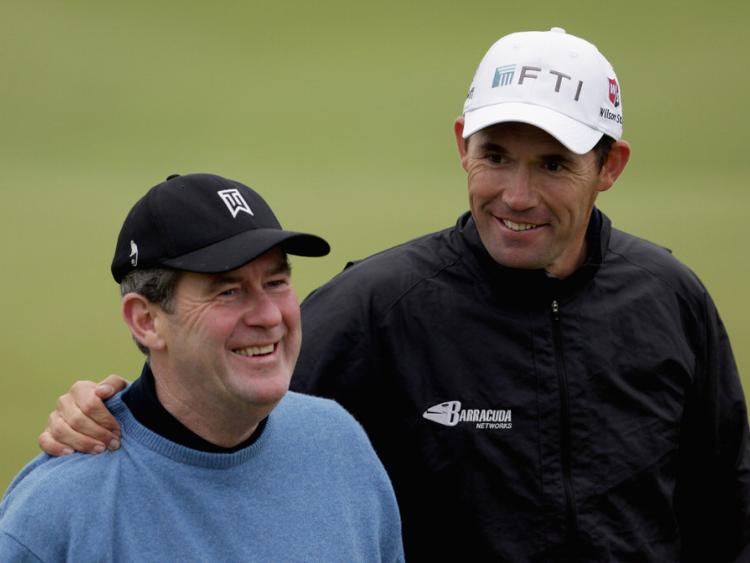 Golf enthusiast McManus and regular Pro-Am partner Harrington were among Wednesday's morning starters, teeing off from the 18th hole at the famed Wentworth Golf Club in Surrey.

Three-time Major winner Harrington and McManus have teamed up in the past to win the team event at the prestigious Alfred Dunhill Links Championship at renowned St Andrew’s in Scotland on two occasions in 2002 and 2006.

McManus was joined in the BMW PGA Championship Celebrity Pro-Am field by global popstar Niall Horan, who was a big hit with gold fans in the Irish Open Pro Am at Lahinch earlier this summer, along with a list of stars from the worlds of music and entertainment which also includes his fellow Irishman and former Boyzone singer Ronan Keating, legendary radio presenter Chris Evans and Strictly Come Dancing’s Anton Du Beke.

This year’s change of date, from the traditional May slot to mid-September, means that American stars Tony Finau, Billy Horschel, Andrew Putman and Patrick Reed have added the event to their 2019 schedules.