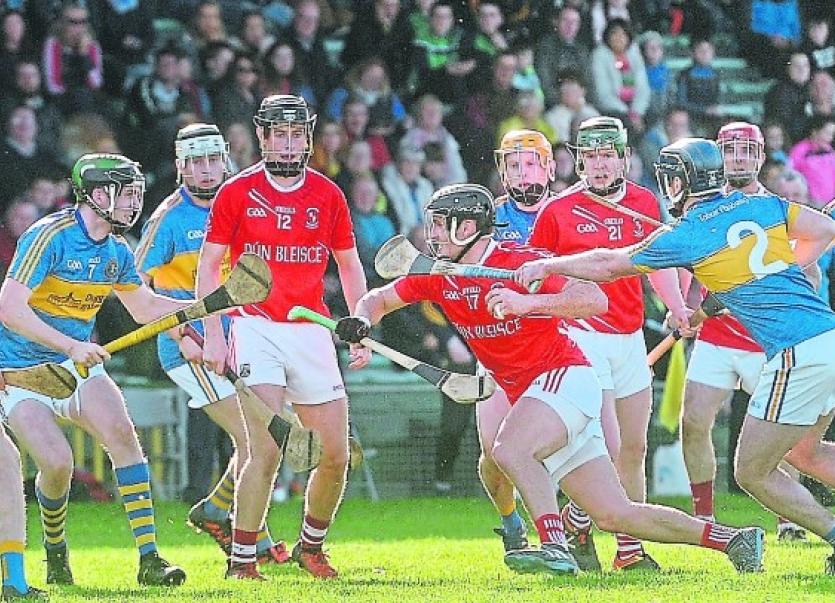 The final four in the race for the Bon Secours Hospital Limerick SFC remains unchanged for a third successive season.

THE LIT Gaelic Grounds hosts a semi final double-header this Sunday and there is a familiar look to the schedule – Na Piarsaigh v Kilmallock and Patrickswell v Doon the exact same pairings as 12-months ago.

Doon and Patrickswell meet at 2pm.

Twelve months ago, Doon defeated ‘The Well’ to reach their third ever county senior final. The east Limerick men will be without long-term injured Barry Murphy while opponents Patrickswell are hoping that star forward Aaron Gillane will line out after injury.

When Doon and Patrickswell met in round one of this season’s championship in April, The Well were 1-13 to 0-10 winners.

The second game has a 3.45 start and it’s the third semi final meeting between Na Piarsaigh and Kilmallock in five years.

When Na Piarsaigh and Kilmallock met earlier in the competition, the city men were 6-15 to 2-11 winners.

Kilmallock, appearing in an eighth successive semi-final, have the task of attempting to derail the Na Piarsaigh quest for a three-in-row, a feat previously achieved by seven clubs and last by Adare 2007-09.

Na Piarsaigh have ended the Daly Cup aspirations of Kilmallock in three of the last four years since the title last went to the south Limerick town.

Shane Dowling will be absent for the Caherdavin club, who have seen their second string advance to the IHC semi-final against Glenroe.

Both of Sunday’s senior semi-finals will get deferred coverage on TG4 and the October 6 county final will be live.

Adare are bidding to become the first club to reach three successive finals since Claughaun 1988-90, while their ultimate aim is to emulate the Treaty Sarsfields hat-trick of 1973-75.

The Loughill-Ballyhahill side have lost in the last two semi-finals, while the city men are back in the final four after a one-year absence. The 14-time senior champions Claughaun have never won this title, while Gerald Griffins were champions in 2000.

Claughaun are attempting to reach a first intermediate final since 2015 when they lost to Oola.