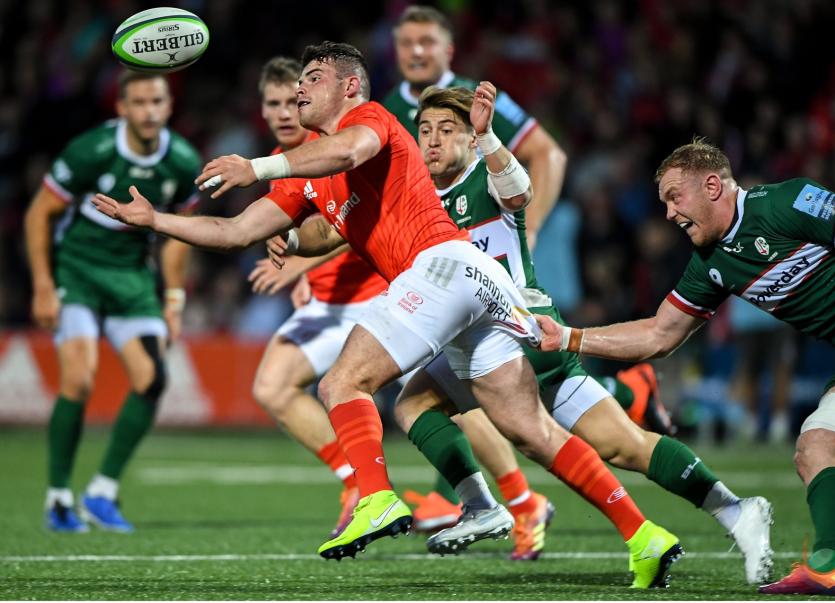 Nash in action for Munster against London Irish last weekend

Munster Rugby have confirmed that winger Calvin Nash will return to training next week following a hip pointer injury he suffered in the pre-season friendly with London Irish last Friday night in Cork. In other news, Ciaran Parker will miss the start of the Guinness PRO14 season due to a calf injury, while short-term loan signing Jed Holloway is set to arrive in Munster this weekend.

Munster take on Connacht at the Sportsground on Saturday at 3pm in the province’s final pre-season clash before kicking off the Guinness PRO14 campaign at home against Dragons at Thomond Park on Saturday week (3pm).

It will be a busy weekend for the squad with Munster 'A' also in action as Cardiff Blues 'A' visit Irish Independent Park for a Celtic Cup clash this Friday (6pm). The Munster A squad will be named on Thursday with the senior squad announced on Friday.