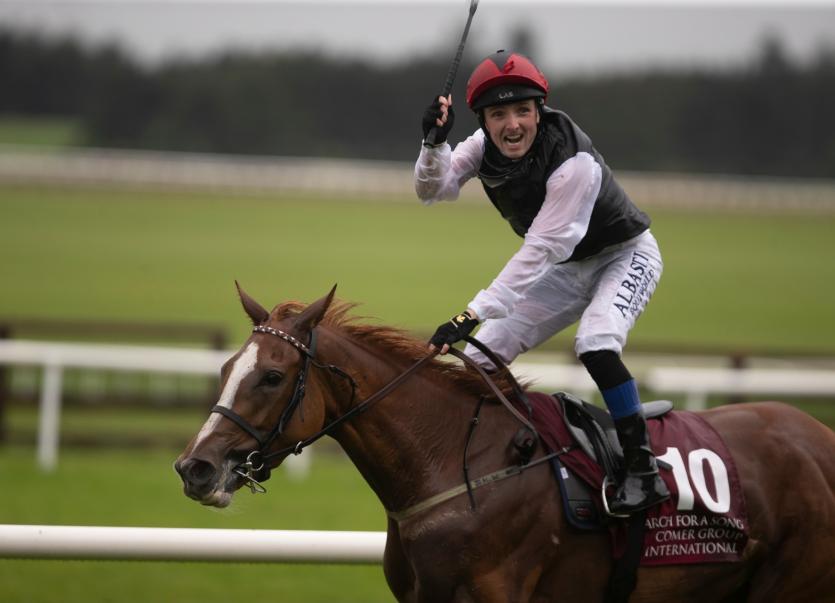 While the visitors made their mark, Aidan O'Brien was the one to dominate on Longines Irish Champions Weekend at Leopardstown and the Curragh. He won the QIPCO Irish Champion Stakes at the Dublin track for the first time since So You Think’s 2011 victory with Magical which made it three wins at Group 1 level when leading home a 1-2-3 for Ballydoyle with Magic Wand and Epsom Derby winner Anthony Van Duck chasing her home. The champion trainer and Ryan Moore were also successful on Saturday’s card with their leading Derby hope Mogul in the Group 2 KPMG Champions juvenile Stakes while Seamie Heffernan was in the saddle as Norway took the Group 3 Paddy Power Betting Shop Stakes.

It was a day of champion performances and high emotion at the Curragh on Sunday as Dermot Weld landed the final Classic of the season and a classy two-year-old trained in Britain marked himself down as a Classic contender of the highest order.

On a day when the racing world came to support Pat Smullen in his quest to raise funds for Cancer Trials Ireland and awareness of pancreatic cancer, it was almost written in the stars that the colours Smullen has worn to so much success, those of Moyglare Stud, were carried to victory in the Comer Group International Irish St Leger.

Chris Hayes gave a riding masterclass Smullen would be proud of on Search For A Song who dictated the 14f Classic to win for Weld and Moyglare at 10/1. Hayes revealed afterwards that a pre-race chat with Smullen was key to his tactical approach in a Leger that will be recalled for the daring of the rider in defiance of things going wrong, Search For A Song very keen but taking it up with around six furlongs to go.

Earlier on the card Pinatubo had seasoned Curragh racegoers struggling for superlatives after an incredible nine-length rout in the Goffs Vincent O'Brien National Stakes. Charlie Appleby's colt, in the colours of Godolphin, trounced his rivals under William Buick in the premier two-year-old race of the season in Ireland, leaving his trainer in awe.

In truth, this was a hugely emotional day, with the Tony McCoy-ridden Quizzical landing a special win for a thrilled Sheila Lavery in the Pat Smullen Champions Race for Cancer Trials Ireland. "I can't believe they left McCoy alone in front," Smullen laughed, adding that he was "overcome" by the race. Legendary former commentator Des Scahill called them home, while the other riders taking part were Ruby Walsh, Johnny Murtagh, Charlie Swan, Joseph O'Brien, Ted Durcan, Paul Carberry, Richard Hughes and Kieren Fallon.

Chris Hayes rode winners for Curragh trainers Dermot Weld and Aidan Howard on the Wednesday card at Listowel, making all the running on two very well-fancied horses. He teamed up with Weld to take the opening 7f maiden with Shekhem which was backed from 11/4 to 2/1 and readily beat Aidan O'Brien’s 9/10 favourite Louisiana. The Shanagolden jockey had an easier time of it on 7/4 favourite Franklyn, trained by Howard, in the 9f handicap. This time he scored by four and a half lengths from Vocatus for owner Peter Jones.

Kilfinane trainer Donncha Duggan was among the winners on the third day of the Listowel festival on Tuesday. He struck in the opportunity handicap hurdle with Antimatter which was ridden by Daniel Holden who wore the colours of Edward McHugh. The 16/1 chance was left in the lead over the final flight and kept on best to deny the late run of Trendsetter.

Ballingarry trainer Charles Byrnes landed the 2m novice hurdle at Listowel on Saturday with Turnpike Trip which readily got the better of the Willie Mullins-trained 4/6 favourite Quartz Du Rheu. The 2/1 winner carried the colours of the DIPs Partnership and was ridden by local jockey Kevin Brouder.

Askeaton trainer Patrick Neville won the 2m4f handicap hurdle with the gambled-on Sand Fly owned by the Fly Syndicate. Sent off the 15/8 favourite, the six-year-old led over the final hurdle under amateur rider Gareth Noonan and made the best of her way home to score by a length and a quarter.