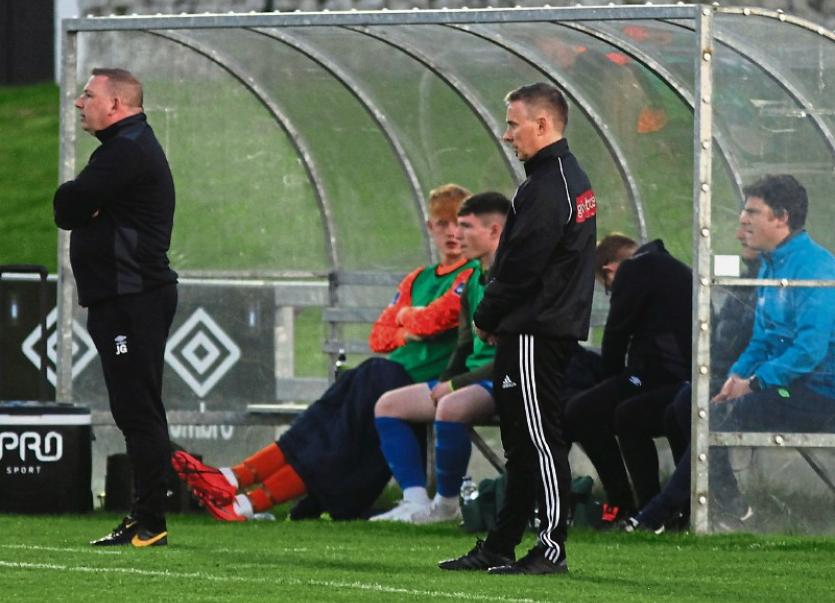 LIMERICK FC stand-in manager John Grehan has urged the city and county to back a sustainable model based on young local players in the club’s bid to create a reasonable prospect of survival. Acknowledging the off the field issues, which has recently seen an interim examiner appointed to Limerick FC, the academy coach believes that the club can get back on its feet again given the opportunity to do so.

“Outside of the football, I think there is an onus on the city to recognise that no one person anymore can fund a football club in this country,” he said in reference to Pat O’Sullivan’s tenure as Limerick FC chairman.

“It needs to be driven by a collaboration of people that have a common goal. There are facilities that we could use. We have two of the finest colleges, in LIT and UL.

“Outside of Dublin we produce more players and internationals but we don’t get any kudos or recognition,” added Grehan.

“I think the whole city is disillusioned, from the fans to the business community, to the owner [Pat O’Sullivan]. It is not easy to watch the demise of something you love.” he concluded.

Grehan's comments came after Limerick's 4-1 home win over Wexford FC in what is their last appearance at the Markets Field this season.

The win came just hours after the High Court confirmed the appointment of an examiner to the holding company of Limerick FC, Munster Football Ltd.

The company, represented by barrister Gary McCarthy instructed by solicitor Barry Lyons, had petitioned to the court to place the company in examinership, on the grounds that if certain steps were taken it could survive as a going concern.

The application was opposed by the Revenue Commissioners, which is a creditor of the company.

In his ruling, Mr Justice O'Connor said he was satisfied that the legal criteria had been fulfilled that would allow the court to confirm Mr Noone as examiner to the company.

The matter will return before the courts in October.