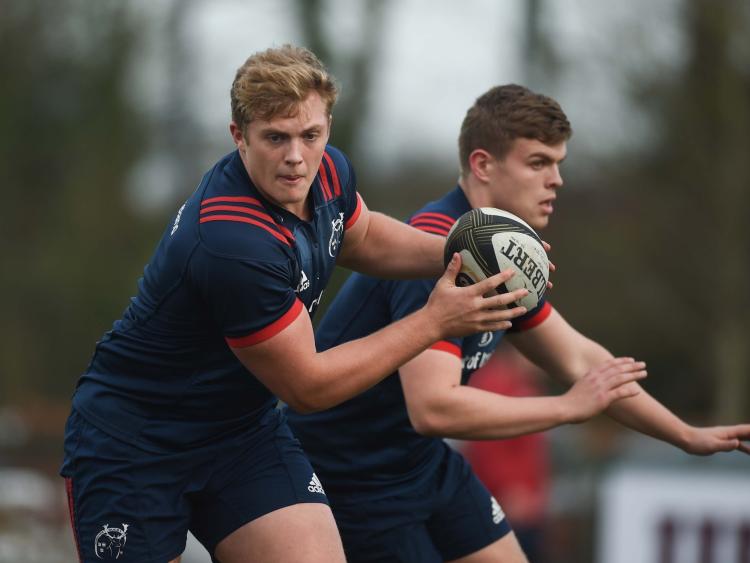 An extended Munster Rugby squad has been named by Head Coach Johann van Graan for Friday night’s season opener against London Irish at Irish Independent Park (7.30pm). Eight Academy players are named with John Hodnett and Keynan Knox set to make their first starts for the senior side.

Out-half Tyler Bleyendaal captains the side and is partnered in the half-backs by Neil Cronin.

Darren Sweetnam starts for Munster at full-back for the first time as Calvin Nash and Liam Coombes are named on either flank with Dan Goggin and Sammy Arnold forming the centre partnership.

Jeremy Loughman, Kevin O’Byrne and Knox start in the front row with Darren O’Shea and Fineen Wycherley in the engine room. Jack O’Donoghue, Hodnett and Gavin Coombes complete the side.

Named among the replacements, Thomas Ahern, Jack O’Sullivan, Nick McCarthy and Ben Healy may make their debuts on Friday night.