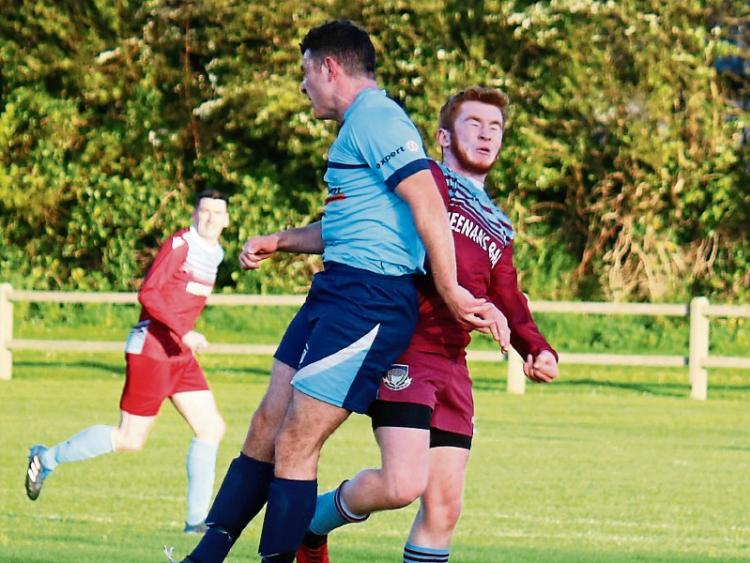 Batteries recharged, Limerick Desmond League junior teams return to action on Sunday. There are 30 teams, with ten each in the Premier, Division 1 and Division 2.

As always, most interest will be in the Premier Division, where Rathkeale will be endeavouring to win back to back titles for the club for the first time since 1996. They are again managed by Alan Doyle, who has proven to be a very successful leader since he took over the team a few seasons ago. Doyle’s back-up management team also remains the same: Johnny Mooney and Johnny Markhan. The only change to the panel is that Thomas Quilligan has left for Newcastle West.

As with Doyle in Rathkeale, the John Kelliher years have proven to be a golden era for Abbeyfeale United. He is now entering his sixth season in charge and last season marked the first time that he didn’t lead his troops to silverware. Among the honours are three of the last five Premier Division titles. This season by his side he will have joint manager Thomas Cahill, a renowned motivator, man-manager and coach in his own right. Abbeyfeale got a big boost this week with the return of Cormac Roche, who transferred to Janesboro in August. Roche consistently performs at a high level and he will be expected to be a leading figure in the side, along with Chris Smith and Kevin Murphy. Attacking full-back Gavin Dillon has left to join the all-conquering St. Michael’s.

The last time the Premier title went to a team other than Rathkeale or Abbeyefeale was six seasons ago when Broadford United were crowned Champions. Fresh from their Desmond Cup success last season, Jim Neenan, Tom Kelly and Chris Purcell are still in the Broadford management team and they are joined this season by Gary Egan and Ger Sheedy. Cian Ryan graduates from the treble-winning Youths team but Neenan and co will have to do without last season’s Youths captain, James Molyneaux, who is doing the Leaving Cert. Bryan Hannigan returned from his time abroad at the end of last season and he will offer a lot at left-back. Attacking midfielder, Micheal Brosnan, who has gone to America in a career break, will be a big loss.

The last time the title went to the town of Newcastle West was in 2013 when the team on top was Newcastle West AFC, who amalgamated with Newcastle West Rovers last season. Noel Murphy, who won lots of trophies with AFC, both as player and manager, is at the helm, assisted by Peter Clarke, Kieran Shanahan and Adam Harrington. Thomas Quilligan rejoins after a few seasons with Rathkeale, while Sean Cronin and Dylan Singh also return to the fold. Ray Brouder and Dylan Moloney are new signings, while the squad also includes players from last season’s Reserves and Youths teams.

Kilcornan and Adare United had a great ding-dong battle for the Division 1 title last season, with Kilcornan prevailing by just a single point. Kilcornan’s management set-up has Gary Manning as manager, Ronan Hanley as his assistant and Pat McMorrow as coach. Adare are again managed by Dermot Costello, who has stuck with Greg Lohan as his captain. The Adare squad is boosted by the addition of Jeffry Alfred, John McSweeney and Adam Moroney.

Glin Rovers were just a minute or so away from winning the Desmond Cup last season and they will be keen to convert their undoubted Cup strength into more consistent League form. Ambrose Lanigan is the new manager, assisted by Shane Culhane, with Anthony Collins as trainer. Lanigan looks to have strengthened the squad significantly, with the addition of Colin Enright, Gerald O’Sullivan, Gary Kelly, Johnny Sullivan and Seanie Lynch.

Ballingarry, managed again by George Quinlivan, struggled for much of last season but in the end finished five points clear of the relegation zone. Carrig Celtic and Granagh United, who will be managed by Jamie Lyons, also finished in the bottom half of the table.

The prediction is for Rathkeale, Broadford United and Abbeyfeale United to battle it out for the title, with Newcastle West Town next best. I predict another fifth place finish for Glin, with Kilcornan, Carrig, Ballingarry, Granagh and Adare all striving for respectability rather than relegation in the bottom half of the table.

Division 1 is always a hard division to call, including as it does relegated teams and promoted teams. Creeves Celtic come into the division with considerable momentum, having followed up the Division 2 Championship of two seasons ago with the First Division title last season. Noel O’Donnell and Brian Nash are again at the helm and they have strengthened their squad with the addition of Andrew White, Jamie Ruttle, Darren Kearns, Kevin Guinea and Jack Coleman in their bid to reach the Premier Division for the first time in the club’s history.

Breska Rovers enjoyed a successful end to last season when they won the Division 1 League Cup. They should be serious contenders for promotion this season.

After five years under Kieran Deegan, Kildimo United have a new management team of Barry Walsh, Kevin Gallagher and Paul Byrnes. The loss of Paudie Walsh, Darragh Deegan, Ciaran Deegan, Mossy Sheehan and Simon Guerin is offset by the inclusion of Darren Walsh, Colin NIcholson, JJ Mulcair, Liam Wilson and Paul Browne. The side will be captained by Shane Gloster, with Micael Uwatse and Evan Considine also expected to feature prominently.

The evergreen Mike Behan will again line out for Shannonside FC, who are managed by Lee O’Donnell and Mike Sillery. Kevin Lenihan has introduced a few young players as he continues his management stint with Shountrade.

Pallaskenry and Knockaderry were third and fifth, respectively, in Division 2 last season but both took the plunge to move up when two places became available in Division 1 due to the withdrawal of Ballysteen and Killeaney/Bally Rovers. Pallaskenry’s captain last season, Kevin Madden, has stepped up to the role of joint manager along with Liam Barry. Madden’s role as captain is taken by Michael O’Neill, while ex-Adare defender, Dave Collins, is a welcome addition to the squad.

St. Ita’s have high hopes for their Youths team this year and may introduce some of them at junior level, while the prospects of Rathkeale B and Newcastle West Town Reserves will depend to a considerable degree on how many of them have been snapped up by their A-teams.

The prediction is that Breska Rovers will finish top of the pile at the end of the season.

Division 2 has five teams who remain from last season, namely, Askeaton, Abbeyfeale United B, Glin Rovers B, Glantine and Broadford United Reserves. Athea take place after being relegated last season, while the other four are new teams in the form of Mountcollins, Carrig Celtic B, Askeaton B and Breska Rovers B. The title could be fought out between Askeaton and Glantine, while Abbeyfeale United B have the potential to emerge as best of the B teams.

Please note that clubs who are registering players need to do so via FAINET.

Players should be registered asap but must be registered min 2 days in advance of their first game to allow the league time to give the player an eligibility date.

All clubs should ensure that all players are signed as spot-checks will be done by the League during the season and clubs found to be in breach will be punished according to rule.

When filling out match cards, clubs should be aware that a player signed with the Bs but playing with the As must be marked as a B player on the match card by putting a circled B after the player’s name.

Transfers can take place until the 30th of September and again when the transfer window reopens for the months of December and January. No transfers between clubs will be allowed during October and November and from February onwards. Transfers from B-team to A-team using the five-game rule can take place anytime during the season, with such transfer requiring sanction by the Management Committee.