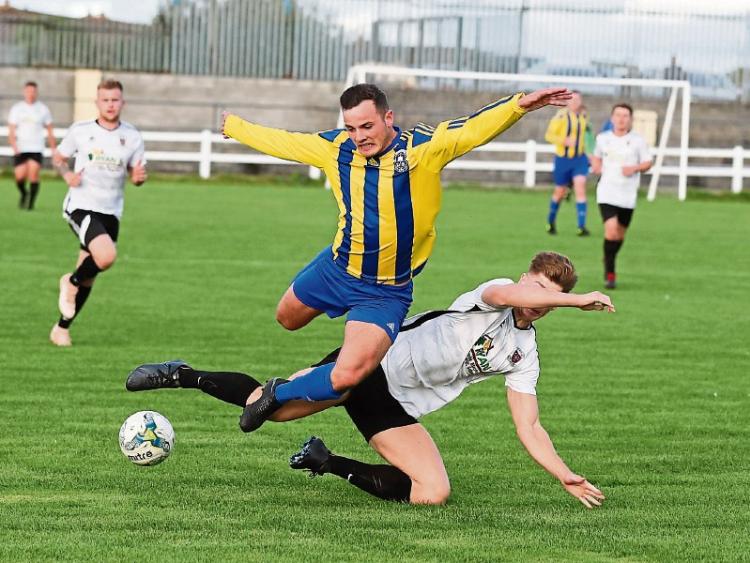 Each week we seem to have a top of the table clash in the Premier League and this week is no different. At the time of writing there are two teams still unbeaten; Ballynanty Rvs and Pike Rvs and the pair meet in LIT on Sunday morning.

Results don't lie as these are the two form sides, promising a treat for the large crowd sure to attend.

Pike took over top spot due to Balla's inactivity at the weekend, putting five past Nenagh without reply. Colin Daly was back to his best for the tie chipping in with a hat trick.

When he is buzzing there are few sides capable of keeping him under wraps. Conor Kavanagh and Shane Walsh have also been prominent for the Hoops in the first month of the season.

The addition of Conor Ellis to the ‘Blues’ squad provided the one thing they were lacking in their first few games. Two hat tricks in his first two games tells its own story.

The form of Ken Meehan and Darragh Hughes at the other end gives the perfect balance. With the result likely to play a big part on the title race expect nothing to be given up lightly.

Regional bounced back with a win over Prospect last weekend and looked in good shape. Their visitors huffed and puffed their way to victory over Janesboro and no doubt Jason Purcell and Stewart Fitzgerald will be looking for a marked improvement this time out.

A win for Geraldines against Kilmallock will spring them right back into contention. Dropping a two-goal lead to Coonagh last weekend will have hurt Derek Hannon's men.

Coonagh will look to build on that result when they visit Champions, Janesboro. Shane O'Hanlon's side have taken a few blows but there's plenty of life still in the side.

In the bottom half of the table Mungret Reg host Nenagh looking for a second win and Prospect host a much-strengthened Aisling Annacotty XI.

The Premier A League is already is proving a tight affair and Sunday's fixtures will hardly leave us any wiser afterwards.

Leaders Moyross, the only unbeaten team in the league will put their record on the line when they visit Hill Celtic.

Second placed Cappamore welcome fourth placed Fairview Rgs B in the game of the day while joint second Murroe also face a difficult tie away to neighbours Newport.

Athlunkard Villa and Charleville have a game less played so are well in the hunt but must win in their games with Carew Park and Aisling B respectively.

Division 1A is also proving a fiercely competitive League to date. After a couple of tough seasons it's good to see Castle Rvs back in the winning frame. They lead the way by three points from Geraldines and Patrickswell.

They meet the latter on Sunday in what should be a cracking game.

Geraldines will be hoping for a 'Well win as they have the chance to go joint top if they beat Knockainey.

Hyde Rgs are in good form and are expected to keep their good run going at home to Shelbourne while Kilfrush take on Star Rvs in the remaining 1A tie.