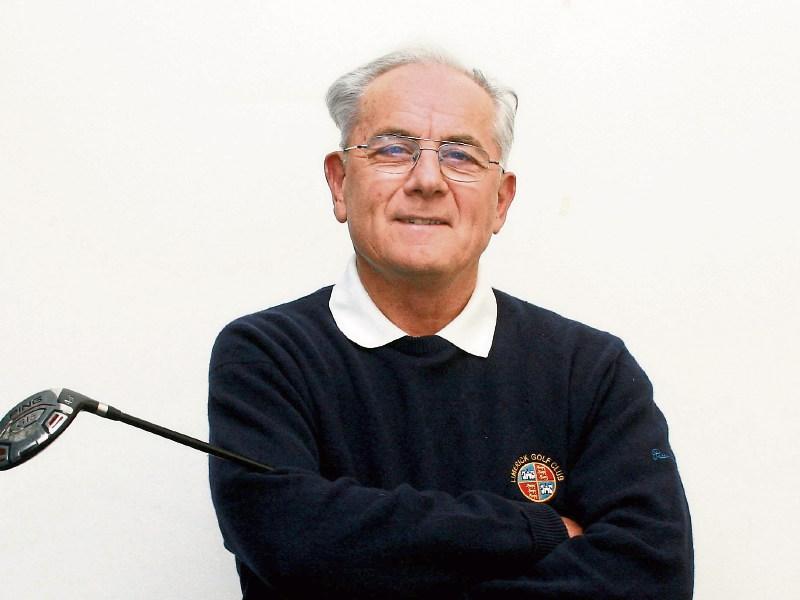 IN the mid-1800s, professional golf was more like prize fighting than the sedate game we know today. From its earliest days gambling has been so much a part of the game that it could be construed as being ‘the game.’

If you study golf history, gambling was the main reason why the popularity of the game grew and 'caught on' amongst non-golfing spectators keen to place bets on the various outcomes - even on a shot-by-shot basis.

Instead of being hushed for every shot, fans were up close, noisily encouraging and sometimes jostling the players. Betting was heavy as gamblers roamed the fairways, shouting out the odds as matches ebbed and flowed.

To say it was unsavoury is no exaggeration but it was the atmosphere in which Allan Robertson, Old and Young Tom Morris, the Dunns, Straths and Parks played golf for their living. The players had to contend with being heckled as much as being cheered by 'juiced' spectators who, with the opportunity to win a bet, were not above attempting to influence the outcome. Balls were kicked into, or out of, trouble as a matter of course.

One of the first references to golf in Ireland occurs when a notice appeared in Faulkner's Dublin Journal, dated 23rd October 1762, as follows: “The Goff Club meet to dine at the house of Mr Charles Moran at Bray on Thursday the 28th October, at half an hour after three o'clock - Elias De Butts, Esq in the Chair.”

The Bray reference is intriguing because the date would have made it fifth in seniority of Scottish Golf clubs. The golf played at Bray was 'rough' in nature and strictly an all-male pursuit.

Women were strictly banned because there is no way they would have approved. If Moran, De Butts and their cohorts were anything like their Scottish counterparts, their exclusively male society was more of an excuse for excessive eating, drinking and gambling than the playing of golf.

On the surface, golf appears to lend itself perfectly to in-play wagering. All of the downtime between shots gives the bookie time to set the odds and time for punters to place a bet.

Don't tell me that rowdy fans wouldn't dare to attempt to influence shots by trying to put a player off his stroke if there is a 'clear and present' danger to their pockets. It happens already in the USA where, sadly, some players more than others attract hecklers.

Ian Poulter is one who has had to put up with far too much noisy distraction. Add filthy lucre to the mix and the disrespect towards a player having an off day will increase.

Outright rudeness and heckling is a disgusting but growing part of all sports these days. It even happens in the decorous game of golf, especially in the Ryder Cup where it is actively encouraged on both sides of the Atlantic, especially when fuelled by alcohol.

The PGA Tour's intention to bring on-course-during-play, golf betting to a new level is both worrying and wrong. They say it is about creating more 'excitement and fan engagement' but, I am convinced it's more about greed and catering to the obnoxious, drink-inspired culture of ignorant sports fans in the USA with their “Bababooee” and “Mashed Potatoes” nonsense.

The irony is for the responsible, intelligent gambler, golf does not pay. 156-runners going to post with fickle form - even the best of them never knows if his best game will show up on a particular day (Exhibit A: Rory McIlroy at Portrush) The Paddy Powers of this world must be rubbing their hands!

Whatever about betting on pro tournaments, the line should definitely be drawn when amateur golf is involved and involved it is (already) That cannot be right! The game would be seen in a whole different light if amateur competitions were open to live gambling. I would not like to see it.

In the Irish Times on August 17, Shane Hegarty wrote: “(one) can easily imagine someone in 2069 looking back at early 21st century sport and wondering what their grandparents were thinking about when they allowed betting companies become such a prevalent sponsor and advertiser of some the world's biggest sports clubs and competitions . . .(selling) gambling as an integral part of sports, rather than an undesirable fact of life.

It is likely the reckoning will be slow, but we have been warned in plenty of time before matters will have gone too far. Money talks; the odds on controlling betting companies without laws similar to those that now apply to tobacco and liquor won't easily be passed.

Golfers have always found inventive ways to place bets amongst themselves. Golfers betting between themselves is one thing. Going to a Bookmaker's Office and placing a bet on the outcome of a tournament is another. Betting on line quite something else.

But, allowing betting to take place 'live' on the golf course during a tournament (as is being actively considered by the pro tours) should never be allowed.

Shannon's Daniel Brennan played super golf (65, 69, 69, 70) at the First Stage of Tour School in Bristol last week and moves on to the next round at the end of October. It's good to see a Midwest golfer making progress. Sadly, Limerick's Tim Rice missed out with scores of 68, 72, 68, 75.