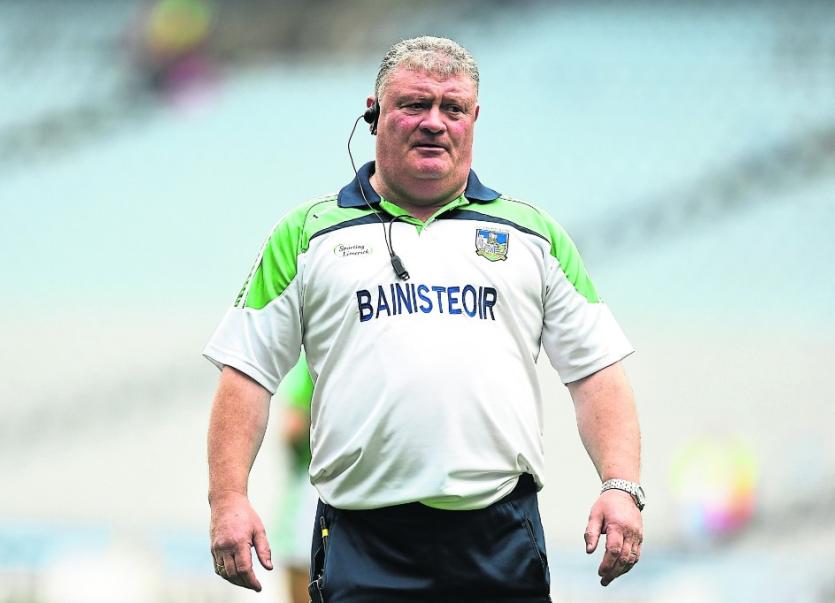 DEPARTING Ladies Football manager John Ryan predicts that there is sufficient talent in the county to ensure Limerick can bounce back from this season’s relegation.

The 2018 All-Ireland winning manager insists that there are ”some massive players in Limerick and the club scene is very competitive so of course the future can be bright”.

Ryan stepped down this week, due to work and family commitments, but heralded “an exceptional two years”.

His tenure saw Limerick reach back-to-back league semi finals in Division Four and crowned 2018 All-Ireland junior champions in Croke Park but only to suffer 2019 relegation back down junior from the intermediate grade.

“At the beginning of last year we had 14 girls and we just kept working away - we tried to do things as best we possibly could and bring a professional feel to things and then bit by bit we got more girls on board and ended up in Croke Park,” he recalled of their championship title winning season.

“We had a great management team and we all just tried to do things right.”

This Summer didn’t go according to plan after last year’s promotion.

“It is a huge, huge step but I can’t fault the players. We introduced a lot of young players and they are the players of the future. There are some massive players in Limerick and the club scene is very competitive so of course the future can be bright,” stressed Ryan.

This Monday, Ryan confirmed his departure in writing to Limerick Ladies Football Board officials.

He paid tribute to all that played a role over the last two years.

“To the management team of Liam O’Connell, Paul Butler, Pakie O’Gorman, Mary O’Mahony, Aideen Fitzpatrick, Darragh Kennedy, Kate Lynch and Aidan McMahon. I would like to thank you all for your dedication, hard work and professionalism. Thanks to Jim Moran and Debbie Carrol for the fantastic year in 2018. Also a thank you to Seamus O’Donnell and Liam Kearns for their continuous support,” outlined the departing manager.

“To our fantastic sponsors, The Woodlands House Hotel. Thank you to the Fitzgerald family for their generosity and hospitality over the last two years. To the County Board, thanks for their backing and support over the two years. To the Limerick Supporters, who are the 16th player in Croke Park 2018,” he said.

Addressing the Ladies Football clubs of Limerick, Ryan urged: “keep up the hard work at underage and senior level”.