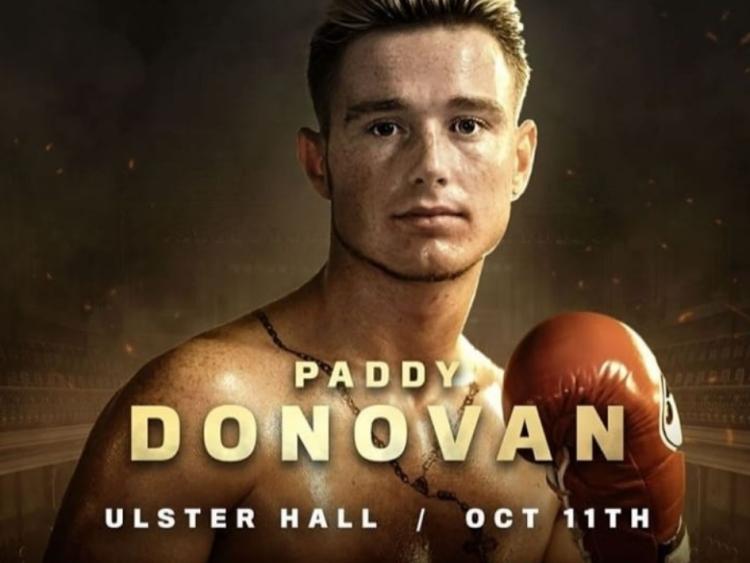 Former OLL St Saviour's fighter Paddy Donovan will make his professional debut on October 11 in the Ulster Hall, Belfast. No opponent has been confirmed for the fighter, but Limerick fight fans will be expected to travel in large numbers to witness one of Ireland's most skillful fighters enter the professional ring for the first time.

"Glad To Announce I Will Be Starting Of My Professional Career On October 11th.  Where I Will Be Making My Debut In Ulster Hall, Belfast. "