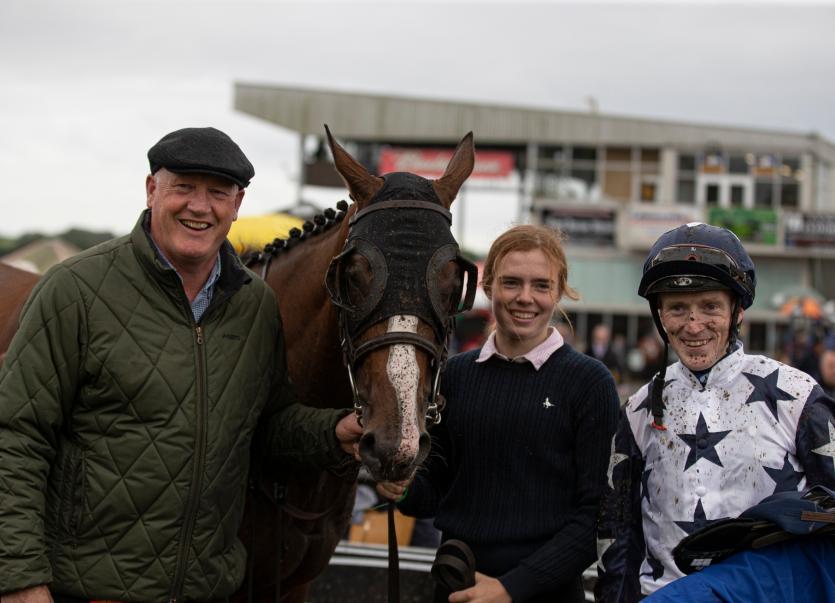 Billy Lee won’t be short of options on Longines Irish Champions Weekend and he might well be happy to side with the Willie McCreery-trained Thiswaycadeaux in the Irish Stallion Farms EBF Sovereign Path Handicap if the ground comes up on the soft side at Leopardstown. She certainly loved the testing underfoot conditions at Roscommon on Monday where she scored a clear-cut success in the 7f handicap. Chris Hayes also got among the winners as he partnered the Dermot Weld-trained newcomer Askerana. The 9/2 chance beat Lighthouse Lady by half a length but certainly value for a little more.

Lee was a winner again at Gowran Park on Wednesday where he partnered one of trainer Johnny Murtagh’s three winners. Fethard youngster gave the Kildare trainer two winners before Lee stepped up to land the 9f handicap on Finding Nero, the 5/1 favourite. He got the three-year-old home by a neck from dead-heaters Major Reward and Dare To Flare for his 45th winner of the season. Chris Hayes is three winners behind his fellow countyman after his win on the Dermot Weld-trained Bashiyr in the three-year-old maiden. The 9/10 favourite was never in an real danger after hitting the front over a furlong and a half from the finish and readily held off Miss Clash.

Jockey Conor McNamara shared back-to-back winners with Gavin Cromwell at Clonmel on Thursday. The pairing took the opportunity rated novice hurdle with the strong 11/10 favourite Peaches and Cream which scored a length and half success while Top Of The Charts maintained his great run of form with a two and a half-length win in the opportunity handicap hurdle over 3m. Sent off at odds of 4/5 favourite, the five-year-old got the better of his own stable companion Global Racing to complete the double.

Lessofdnegativity was a winner for Croom trainer Andrew McNamara when landing the opportunity maiden hurdle at the final meeting of the year at Kilbeggan on Friday night. Ridden by Darragh O'Keeffe, the 7/2 chance was well in control over the final flight and raced away for a six-length success.

Conor McNamara and Gavin Cromwell were winners again at Wexford on Saturday where Allduckornodinner took the opportunity handicap hurdle. McNamara brought his season’s tally to 12 winners on the nine-year-old which was never far off the pace and beat Lilly Geal by half a length at odds of 5/1.

Donie McInerney shared a notable winner with County Waterford trainer Margaret Flynn as Dr Mikey landed the Kerrymaid Hurdle on the opening day of the Listowel festival on Sunday. The talented 10-year-old made all the running under the Herbertstown jockey and gamely held off the late challenge of 1/4 favourite Stratum by half a length. The winner was returned at odds of 10/1.