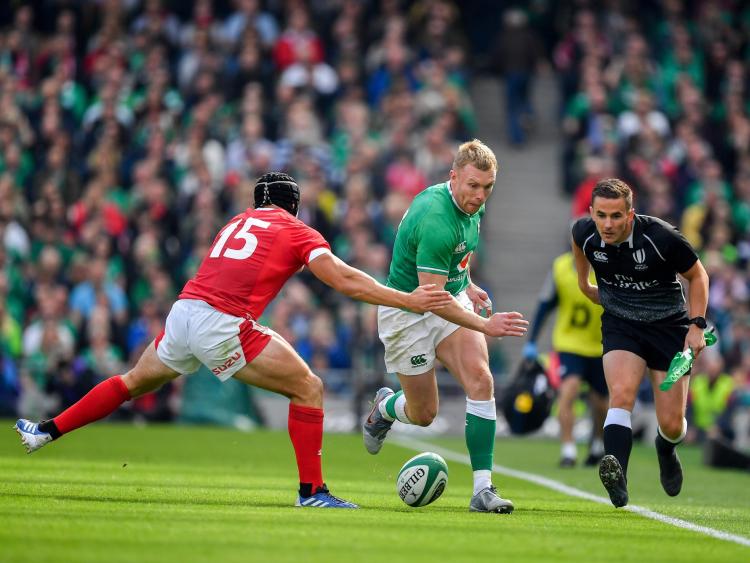 FIFTY three minutes into Ireland's final World Cup warm up game, Munster's Keith Earls was substituted carrying a knock.
The body language of the Irish winger had fans and his coaches worried alike.  The Limerick man was playing his first minutes for Ireland in the preseason as he had been dealing with a tendonitis issue in his knee. The quad injury that Earls was forced to leave the field with however has been confirmed as not being as bad as first thought. The IRFU have confirmed to the Limerick Leader that all 31 players, originally selected to travel to Japan, will do so on Wednesday.

“He’s walking around okay,” Schmidt said immediately following the final whistle, adding,  “Potentially he could have played on, he feels like he could have, but no way in a game like that are you going to keep someone on.”

It is believed that Earls will have more than enough time to rehab the injury ahead of Ireland's opener against Scotland on Sunday September 22 at 8.45am Irish time.

Meanwhile in other rugby news, Munster Rugby are back in action this weekend as they play their first pre-season friendly of 2019.
The men in red will host Declan Kidney's London Irish on Friday night, September 13, in Musgrave Park, Cork at 7.30pm.
‘Irish’ have recruited well this season ahead of their return to the Aviva Premiership with Paddy Jackson and Sean O'Brien, the most high profile of their new recruits.