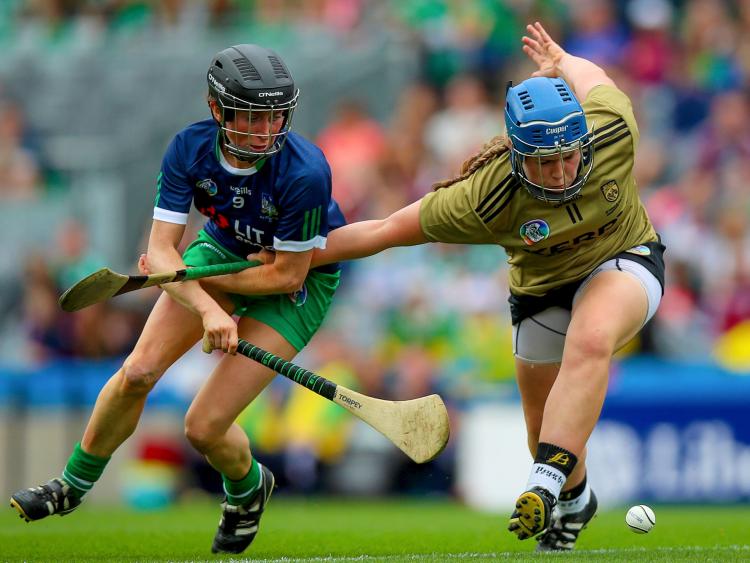 DEFEAT for Limerick in Croke Park this Sunday in the All Ireland Premier Junior Camogie Championship final.

In the first of a triple-decker of camogie finals, it finished Limerick 0-8 Kerry 0-11 in the third tier final.

Beaten in the Division Three League final earlier in the year, Limerick weren't able to lift this title for a third time - adding to the title wins of 1977 and '95.

Limerick were looking for first Croke Park camogie silverware since the All-Ireland Intermediate win of 2014 but Kerry were 0-6 to 0-5 ahead at half time.

Limerick wore navy jerseys in this final, with Kerry in gold.

It was an opening 30-minutes that The Kingdom dominated for long spells but the final three scores of the half went to Limerick to leave just the minimum between the Munster neighbours at the interval.

The Kerry panel of 24 is made up of 23 players from the Clanmaurice club but it was Brid Horan from Cillard that had the first score of the game.

Before this, Limerick goalkeeper Leah O'Carroll had done well to ensure a tricky ball from Patrick Diggin hadn't found it's way to the net.

Free-taker Rebecca Noonan opened the Limerick account in the sixth minute to level the final for the first of two times in the first half.

Noelle Curtin had the first Limerick score from play in the 11th minute to again respond to a Kerry score.

Then came a barren spell for Limerick with Kerry growing in stature and scoring four unanswered points to move 0-6 to 0-2 clear after 20-minutes of action.

A Noonan free returned Limerick to the scoreboard and it was to signal a fine ending to the half for the Treaty girls - Kerry not scoring for the final 10-minutes of action.

Ella Whelan pointed from play and then in injury time a third Noonan free bought Limerick to five points and just one behind favourites Kerry as the teams departed for the Hogan Stand half time dressing room.

It was Kerry that made the better start to the second half - with half time substitute Clodagh Walsh scoring after 30-seconds.

Seven minutes into the new half Limerick were back among the scores thanks to another Noonan free.

The Kerry lead was back out to four points as the game entering it's final quarter - 0-10 to 0-6.

Back came Limerick - a fifth pointed free from Noonan cut the gap.

Then with a first touch substitute Shauna D'Arcy pointed with leave just two points between the teams and 12-minutes to play.

Limerick were left needing a goal when Diggin pointed a Kerry free to leave a goal between the sides.