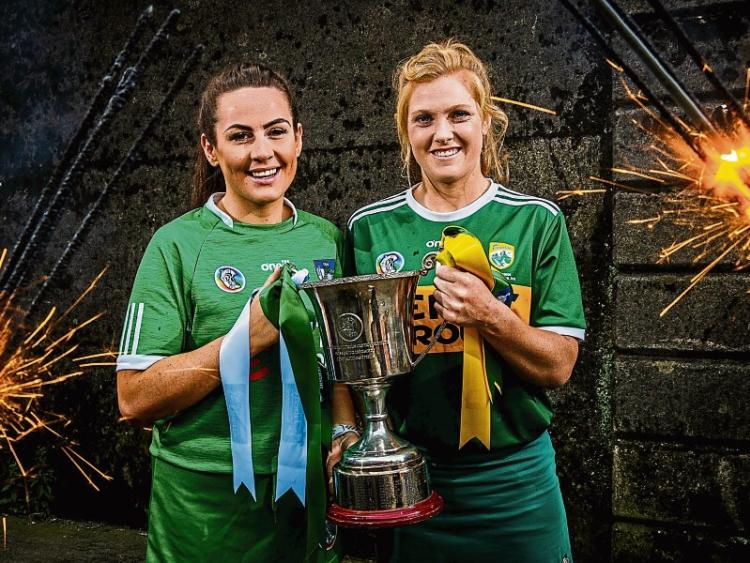 FROM Croagh to Croke Park for Limerick and Kerry in Sunday’s Liberty Insurance All-Ireland Premier Junior Championship final. Ahead of Sunday’s 12noon throw-in in Croke Park, Limerick captain Grace Lee is confident that her team can overturn the result from the round one meeting in Croagh on June 29.

“Going forward for the final we know that we have improved for every single game that we have played - from that very first game against Kerry in Croagh to the Roscommon game were two totally different teams,” said Lee – a Newcastle West native, who is joined in the panel by her sister Yvonne.

Lee is hoping that Limerick’s tough route to the final will stand to them.

“We are really looking forward to going to Croke Park. We saw a bit of the Kerry game (semi final) and they were well on top and very comfortable on the ball - their touch was excellent and they were getting scores quite easy. We had a much tougher championship campaign and our games were a lot tougher than Kerry. With every game we have improved and the games have been getting tougher so I would hope that going to Croker on September 8 that it will benefit us,” she outlined.

For all in the Limerick team it will be a first time playing in Croke Park – Kerry lost this final last year so have that experience to call upon.

“Hopefully we can start on the right foot and bring the right amount of aggression and it won’t be 10-minutes before we realise where we are,” said the captain.

”Kerry were there last year and lost by six points to Dublin. They are absolutely hot favourites because they have had a very successful championship campaign winning every single game and they played Division Two in the league and were up against really good teams. I think it suits us because we are a young team, although the girls are very mature for their age. We have 17 or 18 year olds but they are very cool - they just want to play hurling,” he outlined.

”While Kerry are favourites, they suits us because we will just go out and play camogie - we don’t have the pressure of losing last year. We will go out and treat it like any other game as much as possible and hope the event doesn't get to us,” said Lee.

“Training has gone well and we have concentrated on getting the simple things right and concentrate on ourselves - most importantly how to play as a team. I think there is a really good balance on the team - a few around for a couple of seasons and then you have the minor girls.

“We are really enjoying this season and that’s what it is all about at the end of the day,” said Grace Lee.