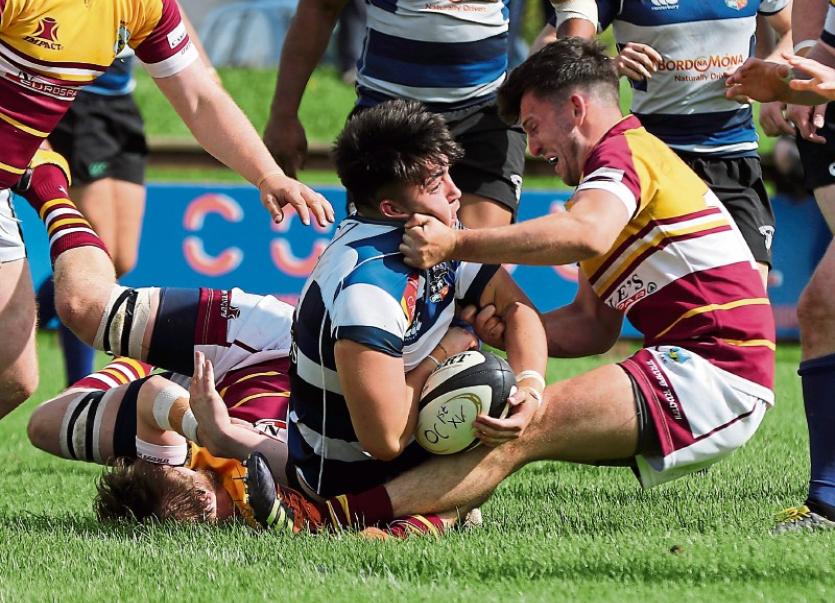 BRUFF RFC head coach Eoin Cahill says securing a top four promotion play-off position in Division 2C of the Energia All-Ireland League this season is the aim. Bruff begin their AIL campaign with an away date against City of Derry on Saturday, October 5.

After making a strong bid for a promotion play-off position last term, Bruff’s challenge ran out of puff in the final fixtures.

However, boosted by the arrival of a couple of new signings and the return to fitness from long term injury of some key players, the Kilballyowen Park side is well placed to launch a strong bid for promotion this term.

Bruff head coach Eoin Cahill said: “Making the top four (in the AIL) would have to be the ambition for the club. For me, the potential is there, the players are there. The players are starting to come through. The quality of player that we have at the moment is getting to a very good level in the club across the board in each position.

“We have options now in all positions, so that is going to breathe competition and get the best out of the players that are there who we think are talented guys anyway.

“Brendan Deady has come into the set-up as the Director of Rugby. That is a big positive, he is a highly organised guy with a very good rugby brain and obviously he was the guy who scored the try against Bandon in the relegation play-off that kept us up.

“Brendan will give it 100% like he does with everything, so a lot of good factors are at play.

“If we can get over the first couple of games in the AIL, like in any competition, we might get a bit of momentum.”

Following their narrow defeat to Old Crescent in the semi-finals of the Limerick Charity Cup last weekend, Bruff return to action this Saturday in the Bank of Ireland Munster Senior Cup when hosting fellow Sunday’s Well at Kilballyowen Park, 2.30pm.

Bruff’s bid for honours this season has been bolstered by the arrival of their new French-born scrum-half Florent Riguet from Toulouse and New Zealand out-half James Te Pairi from Dunedin.

Cahill said: “Flo (Florent Riguet) has come over as a nine for us, but he can play 10 which he did today against Old Crescent. He had a fine game, controlled the game well.

“Coming from Toulouse that is bred into him as well. His brother is actually involved with the Toulouse senior set up, so he has a good pedigree in fairness to him.

“James (Te Pairi) is a 10. He is from Dunedin in New Zealand and played at a high level over there. He was involved in the Otago Academy for a while. He is only 19, so we are just lucky to have come across these guys.

“We will see how he finds his feet. Hopefully he will enjoy his experience over here.

“Overall, we are very happy with the performance against Old Crescent, especially when we were coming into the game with six of those guys having played at U18 level last year.

“The club is starting to show a little bit of depth which we didn’t have for the past couple of years.”