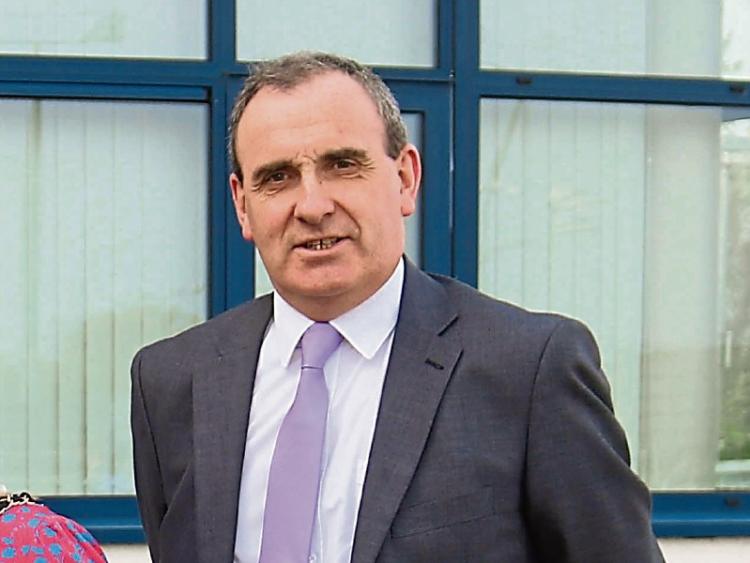 NEXT week marks the second anniversary of Ger Dollard starting work as CEO of the Irish Greyhound Board. For 18-months he went quietly about his work but all changed with the airing on June 26 of the RTE Investigates television programme.

This week Dollard spoke with the Limerick Leader in Irish Greyhound Board headquarters on the Dock Road, accepting he now finds his role dominated by the aftermath of the television programme and restoring “confidence” in the sport.

“Owners and trainers do feel like the public view of us has changed,” outlines Dollard.

“I accept there were welfare issues highlighted but I think the portrayal of the industry was incorrect. It’s the power of the media at play when something like that goes out - everyone is tarnished with the same brush. We have 7000 owners and trainers nationally and in any grouping you will get someone who is going to take a shortcut or do something that they shouldn’t but it doesn’t mean all the grouping is like that,” stated the CEO.

“We now need to convince the public that yes we are real, we are legitimate and we do things right. Time is the great healer - people need time to rationally look at the industry and there is a lot of good stuff.”

He explains: “I would feel very sorry for the small owner and breeder and I have got reports of elderly people out walking their greyhounds and being subjected to abuse by the general public and that can be very distressing”.

“For these small owners and breeders, they are pets and they look after them because it is their hobby and passion in life - they weren’t represented in the RTE programme and that is one of the big issues.”

In Limerick and in tracks across the country, protests continue at race meetings; attendance and sponsorships are down and benefit meetings have been cancelled.

“The shock element of the programme has resonated with people and they need time to go behind that knee jerk shock reaction and have a look at what the industry is and we need to get out there and demonstrate what is happening on the welfare side. People have been presented with a version of reality, which we would say doesn’t reflect the wider industry. I think we need to present them with the version of reality that does reflect the industry and that is people who are absolutely passionate about their greyhounds,” outlined Dollard.

“We need to show that from a regulatory perspective we are strong and I don’t think that was reflected in the programme. There are cases taken regularly in terms of animal welfare and they don’t make the headlines but we do our business and other enforcement agencies do their business - a lot is being done but sometimes that doesn't hit the general public.”

He explained: “There are some protests at stadia, which we don’t have an issue with once protests are conducted in a peaceful way and that has been the case here in Limerick, and all of those elements do result in people who normally hold a benefit night saying we need to leave it another month or two”.

“I don’t think the protests are a factor in Limerick in turning people away - people are entitled to protest. There are people who are against greyhound racing and there are people who are against a whole lot of things and that is fine and they are entitled to that and once it is done in a safe way and a non-confrontational way we don't have an issue. No one has said anything to me about being affected by the protests.”

Accepting many need time to return, Dollard stresses the industry must continue.

“At the end of the day there are owners and trainers all over the place and for some this is their livelihood and for many their hobby and passion and they have done it for years and they want to continue to do it and we have to be cognizant of them as well and their needs and desires. Greyhound racing is a legal activity and they are entitled to be involved and people are entitled to come and have a look at it and entitled to enjoy it.”

The new ‘Friends of Limerick Greyhound Stadium’ - set up by owners and breeders - is another positive step according to Dollard.

“They are conscious that there are people out there that want to support greyhound racing. The fear that people have is that they sponsor a race and their name appears on social media and then their emails and phones are jammed and that has been happening for the last couple of months - it has been a very aggressive, targeted and focused campaign by certain groups to target sponsors, which is a bit unfair. By coming up with the initiative, it gives an opportunity for people who do want to sponsor, do to it, under that umbrella and then they don’t end up being targeted by anybody on social media.”