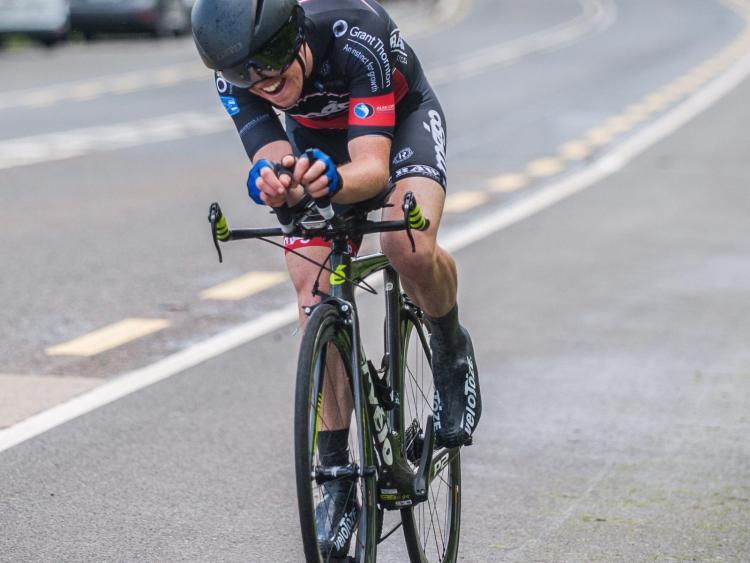 Ronan Costelloe, a member of the Limerick Triathlon Club, has qualified for the World Triathlon Championships 70.3 distance (known as the half Ironman to most people) to take place in New Zealand in November 2020

The event consists of a 2km swim, a 120km bike time trial and a 20km run. Costelloe, originally from Raheen, now living in Ballina, secured his place at the Dun Laoghaire Triathlon last Sunday week where he placed second in his age group and 15th overall in a top class international field from Ireland, Britain, France, Germany, Italy, the Netherlands and Spain.

Ronan's qualification follows a string of very solid performances for the 30 year old. In the Hell of the West, in June, he finished 4th overall having the fastest bike time, followed by a win in the Castleconnell Sprint Triathlon earlier this month.

In July however he demonstrated incredible endurance to finish 49th overall in the Alpe d’Huez triathlon in the French alps in thirty six degrees of heat , competing in an international field of professionals which included 40 European professional athletes, and 1200 competitors in all.

The event included 3 alpine climbs used in the Tour de France including the infamous 16 km climb to the Alpe d’Huez where the cycle time trial finished and the 20km run took place around the ski resort.

The graduate of LIT and recently confirmed Master in Sports Science from Setanta College has a gruelling training regime. It is not unusual for Costelloe to swim at 6 am in the morning, run at lunchtime and train on the bike in the evening while working a full day.  Since winning the overall A2 Category in the 9 day Ras Tailteann cycle race two years ago in is first “ Ras “ he has focused on Triathlon but says he may return to mainstream cycle racing in the future.

Costelloe's qualification comes a year after failing to qualify for the Worlds having suffered a broken foot while on his way to taking 4th place in the Hell of the West, leaving the high performance athlete off the road for six weeks.

Costelloe is seeking a sponsor to support his training for New Zealand which will in particular require regular international training and racing as preparation. If you are interested in helping out, drop us an email sport@limerickleader.ie