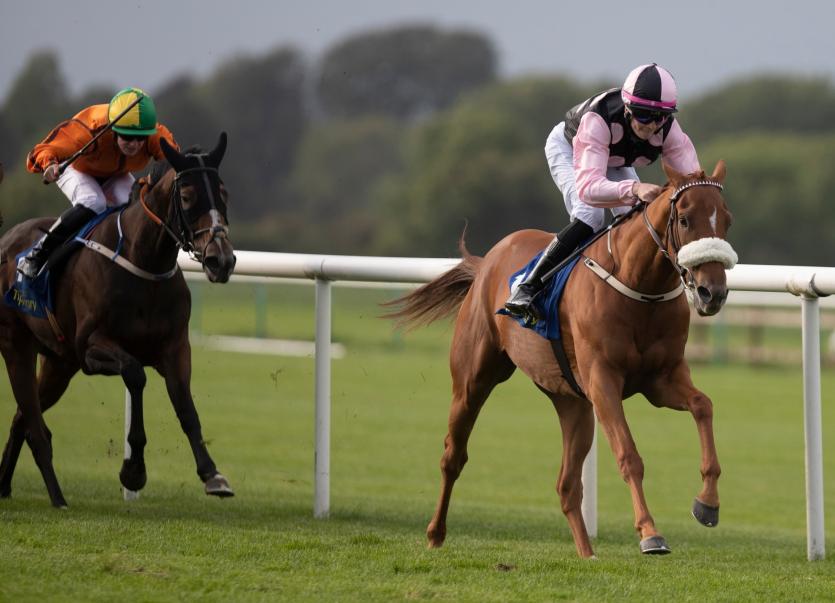 Patrickswell trainer Michael Hourigan found Downpatrick a happy hunting ground back in the day and he returned to the track in triumph on Monday afternoon when the diminutive mare Finding Joy landed the 2m5f handicap hurdle under Trevor Ryan. The 9/1 shot never really seemed to travel that well in the race but her rider kept her in it, as did her jumping, and when they met the rising ground in the straight, she saw it out best in beating Cappacon by three lengths.

Just denied with Nibblers Charm in second race on the card, Nenagh-based trainer Ray Hackett had better luck in the following race when Happy Jacky, the 5/2 favourite, scored a clear-cut success under Donie McInerney. Listowel is on the cards for the winner which showed a smart turn of foot in the hands of the champion conditional rider to put the race to bed on the home turn and scored a nine-length win from Youngnedofthehill.

Curragh trainer Tracey Collins gave County Limerick youngster Paddy Harnett his first winner as Rule The Sea landed the apprentice handicap over the extended 7f. Owned by Cathy Ann Grassick, the 20/1 chance made all the running under the Abbeyfeale man to score by two and a quarter lengths. Harnett said, “It’s unbelievable. I got a great ride, and thanks to Tracey. I’m delighted. When I got to the furlong pole, I could hear nothing behind me. I just gave a look back and the lads were two lengths off me, and I just put my stick down and rode him hands and heels to the finish. I did pony racing for about two years. I learned to ride down in Tom Cooper’s, and he taught me a lot. I’m still in school, today was my first in fifth year. I’m based with Andy Slattery.” Billy Lee was another celebrating as he took the Listed Abergwaun Stakes on the Willie McCreery-trained Nitro Boost. The 8/1 chance held off the late run of Rapid Reaction to win by a nose for the Imperial Crown Syndicate.

Paddy Harnett made it two wins in as many days when he partnered the John Geoghegan-trained Mass Lubrense to win the apprentice handicap at the Curragh on Friday night. The 20/1 chance came from well off the pace to score by two and a quarter lengths from Cyrus Dallin.

Kill trainer Ross O’Sullivan won the opening division of the 12f handicap with Universal Focus which benefited from some Billy Lee magic. Travelling best on the leaders' heels a furlong out, Universal Focus picked up nicely when he got a bit of racing room and won easily enough in the end for owner John Bowden, a good patron of the O'Sullivan stable.