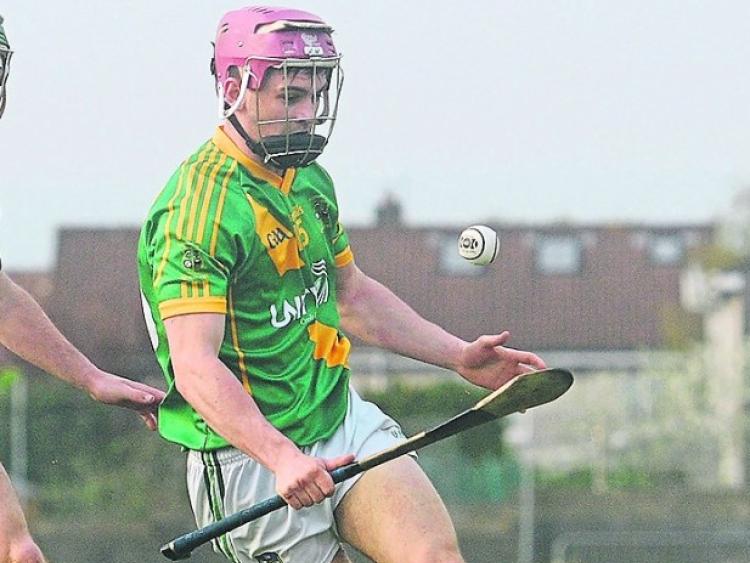 AN injury time goal from Dan Morrissey secured promotion back into the top flight for Ahane in the Bon Secours Hospital Limerick SHC.

There were three final round Group B games this Sunday with Ahane pipping Ballybrown for promotion thanks to two goals from Dan Morrissey.

Both Ahane and Ballybrown progress into the Limerick SHC quarter finals to play Kilmallock and Doon - an open draw to take place with Group A teams playing Group B teams.

A late Dan Morrissey goal gave Ahane a hard fought one point win over Murroe Boher in Caherconlish - 2-17 to 1-19.

The Limerick hurler added to his first half goal to blast the Castleconnell men in to the knock stages of the championship after a spirited second half comeback from Murroe-Boher saw the men in blue edge ahead by two points with five minutes to go.

Morrissey was the hero as he found the back of the net in time added to secure the narrow victory.

Ballybrown's big 1-26 to 2-12 win over Monaleen secured a quarter final spot but fell short of winning an instant promotion back into Group A.

The Clarina man had nine different scorers in the 11-point win in Claughaun.

The winners were 1-15 to 1-6 ahead at half time with Shane Kenny getting their goal and Kenny Power and Mikey Kiely each with two points.

Luke Murphy had the first half Monaleen goal.

In the second half Andrew Cliffe brought his Ballybrown tally up to 0-12 (9frees) as they eased to the win.

It was a win that looked on course to secure them promotion until the late drama that saw Ahane win.

Elsewhere, Knockainey are relegated down to the Premier IHC after a 0-18 to 1-9 defeat to Garryspillane.

Garryspillane were 0-10 to 0-6 ahead at half time in Kilmallock.

Knockainey were just two points in arrears entering the final quarter but The Bouncers finished on top to secure their senior status and relegated The All Blacks.