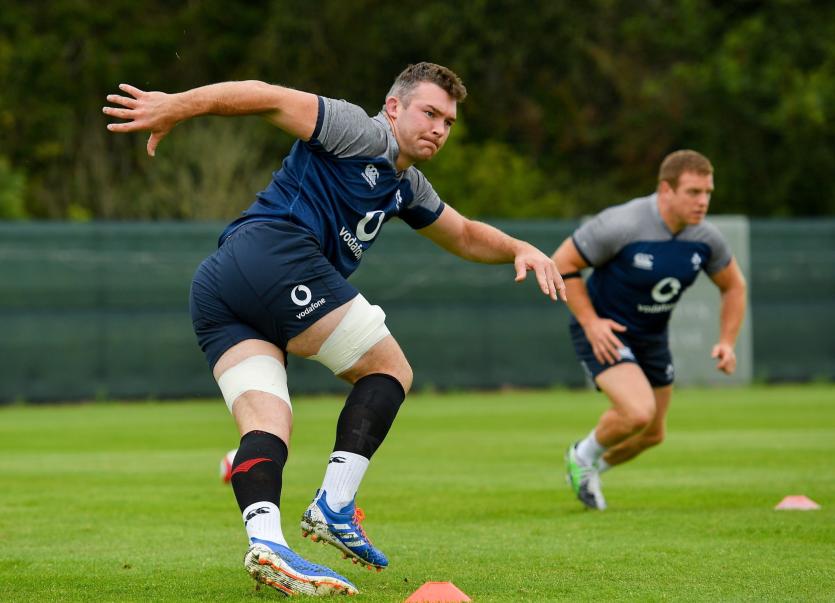 Peter O'Mahony in training this week at Carton House

Joe Schmidt has named his Ireland team for this Saturday's clash with Wales at the Principality Stadium (2.30pm Channel 4). The side shows several changes from last weekend's heavy 57-15 defeat to England at Twickenham.

There is no spot this week for Keith Earls who is nursing a mild knee injury, while cover on the bench for 10, will be provided by Garry Ringrose and Will Addison. Peter O'Mahony will captain the side from number seven, while his Munster team mate Tadhg Beirne will be at 6.

There is an all Munster front row as David Kilcoyne packs down with Niall Scannell and John Ryan, with James Ryan and Iain Henderson in the second row.

Munster's Chris Farrell is named at 13, while Andrew Conway, a sub last weekend, starts at 14.

Ireland team to play Wales at 2.30pm on Saturday

Meanwhile Wales have named an experimental side for Saturday's warm up clash with Wing Owen Lane and loosehead Rhys Carre set to make their international debuts against Ireland.