Opinion: Small changes could make all the difference - Martin Kiely 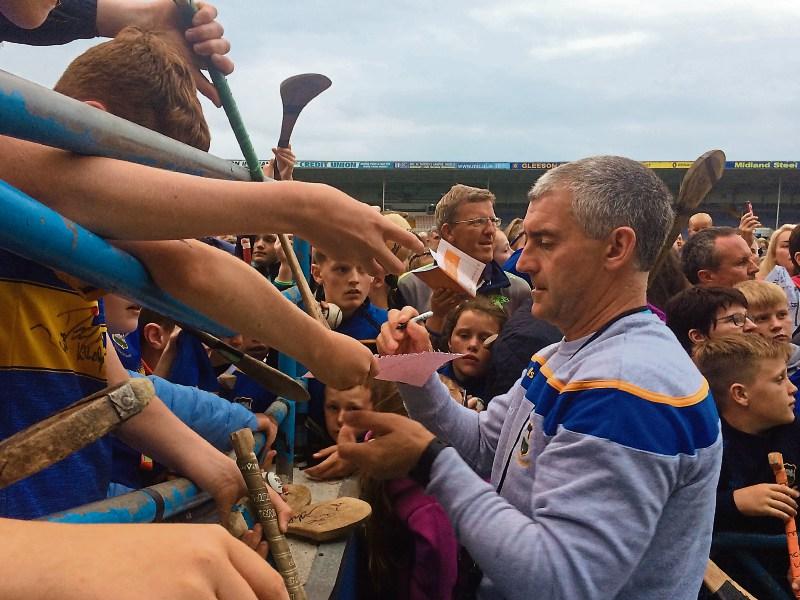 Tipperary learned that small changes can take a team to new heights. Can Limerick make those changes for 2020?

Over the course of the coming weeks, the members of the ‘Five Man Committee’ will sit down and top of their agenda will be to secure the services of John Kiely for as long as they can. They would wish that he will sign up for at least a couple of years and that would take his time as senior hurling manager to five years.

There are no guarantees that John Kiely will stay that long but for now it’s about him continuing for at least next year.

The review will provide the opportunity for both sides to address what went well and also the opportunity to see what can be done better. It is very important that a review takes place and if we have learned anything from other counties it is that small changes are often required when it comes to tasting success again.

The hurling pendulum does not rest and we can see how fast change takes place. Tipperary, who looked in a very bad place in 2017, have recovered under Liam Sheedy and it was added to last weekend when they won back to back U20 titles.

John Kiely and all associated with this team and management will know that they were on the cusp of winning back to back titles after a great league and Munster championship run but they slipped against Kilkenny and just could not close the gap.

That loss hurt John Kiely, it hurt the players and now it’s about the response.

John Kiely could not be blamed if he is struggling for a hurling appetite at the moment but we know enough about to the man to know that once he commits Limerick have the ability to be serious contenders again in 2020.

We are entering an era where teams will find it very difficult to sustain the effort now required to win.

That is all the more difficult for teams that have not won in recent times. Winning takes a lot from body and mind and only the very few can deliver with the consistency that Brian Cody had.

Limerick can learn lots of lessons from 2019 and in particular that loss to Kilkenny in the All Ireland semi final. They never came to the party in the opening twenty minutes and that ultimately cost them the game.

Change is an inevitable part of success and Limerick will most likely make changes to the panel and backroom team for the year ahead.

Over the past couple of weeks I spoke to two hurling and two football managers that are no longer involved. They managed to win All-Irelands and once won they never recovered to repeat the experience.

All four were clear on one thing.

There is always pressure to stay loyal to the group that have brought you success but in many respects it was what cost some dearly in the end.

If you don’t change and if you do not remove the comfort zone then you will pay the price.

Those views were given with great honesty and it was interesting to hear all four men talk about the mistakes they made.

They also spoke about how winning changed the dynamic of the group.

Three or four players will enjoy more limelight than others, they will get rewarded for such work but it ultimately was very damaging to the team.

Getting involved in TV ads, and fashion brands might look great but it has no place in a winning dressing room, they felt.

Each of the managers felt that the players involved suffered from a performance point of view but more over it damaged the unity within the dressing room.

I am sure that is one thing that John Kiely will change for next year. I asked one current manager for his views on it and he replied, “If it’s for the group I have no problem with it but if it’s for the individual I will not allow it happen.”

Small margins make the difference between success and defeat and it was that way for Limerick this year.

I have mentioned a number of times since Limerick won in 2018 that they would have to change the system or plan that they had to win the All-Ireland in 2019.

Teams came to terms with what Limerick were offering and we saw the first signs of that against Cork in the championship.

We saw it again against Kilkenny but it appeared we didn’t have a plan B. It was about staying loyal to the plan or system and regrettably it didn’t work this year.

Kilkenny exposed Limerick in the air and other teams will have taken note of that. There are some positions up for grabs and new players on the panel will also be needed.

Freshness is what will help Limerick recover. A new drive and focus will be needed because the journey back to Jones Road will be very difficult next year.

Very little separates teams and all will feel they have as good a chance as the other of winning the title in 2020.

Tipperary have won three senior All-Ireland titles this decade, a minor, one U21 and one U20 title and they are now really well funded also. That is a very solid return.

Limerick have done well underage but it’s about producing good senior hurlers. Limerick can not afford to take its eye off the ball.

We have a good bunch of players right now. They have the potential to win much more. To do that they will have to be very focused. They can not afford to get sidetracked in anyway.

We can cry and talk all we want about how close we came to winning back to back titles but in reality we didn’t. We didn’t reach the heights required to do that.

This Limerick team must not be happy with what they have achieved because if they are then they have no hope of repeating another All-Ireland win.

The Limerick County Board have a chance to build a foundation that will serve Limerick hurling for many years. They must put a plan in place to make that happen. Sure some good work is being done but it needs to go further. We must reap the benefits of last year and the faster we go about that the better for the long term good of Limerick hurling.

Joe O’Connor has departed and that is one place that needs to be filled in the backroom team. Will there be other changes?

We could see a new selector or selectors appointed. The value of good selectors should never be taken for granted.

They must bring solutions in the heat of battle and their input must be taken on board. Sometimes changing personnel has a positive impact in the dressing room and while I am expecting little change I think we will see some new faces.

John Kiely has put a lot of energy into Limerick hurling, he will go to the reservoir once more in the pursuit of bringing the McCarthy Cup back to Limerick in 2020. It took a lot to win it in 2018 and it will take more to win it next year but we have the quality to make it happen.