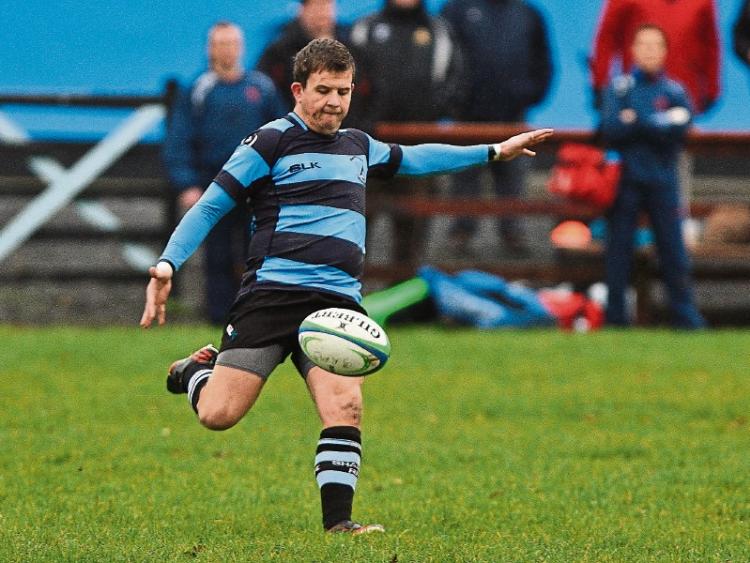 Tadhg Bennett in his playing days for Shannon

HAVING spent three years coaching at Richmond RFC, Tadhg Bennett has returned to Shannon RFC this summer to take up the role of head coach. Former Shannon out-half Bennett cut his teeth in coaching with local junior club Richmond where he was player/coach for the past three years.

With Tom Hayes’ departure from Shannon this summer, Bennett has come on board, heading up a backroom team which also includes former Munster prop Mike Storey as well as Pat Brown.

Bennett has rejoined Shannon this season following their relegation from Division 1A of the All-Ireland League.

The AILs most successful club will kick off their Energia All-Ireland League Division 1B campaign with a game against Old Belvedere at Thomond Park on Saturday, October 5.

Before that, on September 14, Shannon are due to face the winners of the Dolphin v Clonmel opening round tie in the second round of the Bank of Ireland Munster Senior Cup.

Bennett is excited by the challenge of coaching in the upper reaches of the senior club game.

There is an unbelievable squad of players here at Shannon.

“We have lost very little (players) from last season, but gained quite a few. We are really, really looking forward to the challenge ahead.

“I did those three years coaching at junior rugby level with Richmond. In my opinion this was a natural progression for me.

“Maybe the head coach role came a bit early, but it is something that I'm more than capable of taking on and am really, really looking forward to it.

“Mike Storey and Pat Brown are my two assistants. Mike has years and years of good rugby experience as a player and as a coach with UL-Bohs, and Pat has done his time his time in our under-age, with U20s teams and seconds team.”

Bennett says he does not expect to have the Fitzgerald brothers, Conor and Stephen, available very often for Shannon in the new All-Ireland League season due to their Connacht commitments.

“In a World Cup year, I think Conor Fitzgerald is going to be the number one out-half in Connacht at the moment and Stephen, last year, was a starter for them in the latter stages, so I don't think we are going to see too much of those lads.

“It is the Academy lads around Munster that we are likely and hoping to see more of. Again in a World Cup year I don't how much exposure to those lads that we are going to get.”

The Parish side played the final 50 minutes of the game with 14 players due to one of their players being red carded.

After falling 20-0 in arrears to their hosts, Shannon rallied with tries from Jamie McGarry and Kelvin Brown, both of which were converted by exciting young out-half Ben Daly.